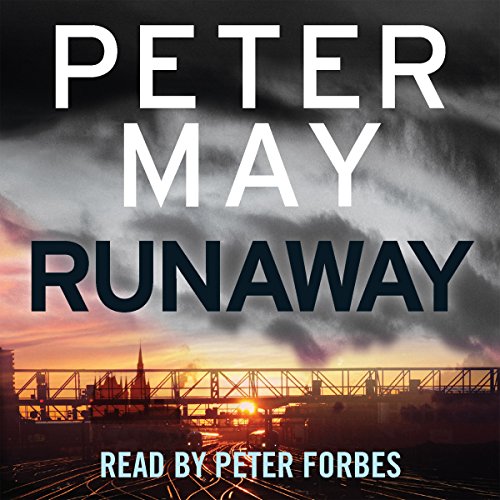 "Five of us had run away that fateful night just over a month before. Only three of us would be going home. And nothing, nothing would ever be the same again."

Glasgow, 1965. Headstrong teenager Jack Mackay cannot allow for even the possibility of a life of predictability and routine. The 17-year-old has just one destination on his mind - London - and successfully convinces his four friends and fellow bandmates to join him in abandoning their homes to pursue a goal of musical stardom.

Glasgow, 2015. Jack Mackay dares not look back on a life of failure and mediocrity. The heavy-hearted 67-year-old is still haunted by what might have been. His recollections of the terrible events that befell him and his friends some 50 years earlier, and how he did not act when it mattered most, are memories he has tried to escape his entire adult life.

London, 2015. A man lies dead in a one-room flat. His killer looks on, remorseless. What started with five teenagers following a dream five decades before has been transformed over the intervening decades into a waking nightmare that might just consume them all.

Runaway is a tense crime thriller spanning a half century of friendships solidified and severed, dreams shared and shattered, passions ignited and extinguished, all set against the backdrop of two unique cities at two unique and transformational periods of recent history.

"A terrific read suffused with nostalgia and the burden of long suppressed guilt." ( The Sunday Times)
"An outstanding novel that speaks directly to the little voice within each of us: the voice that in our quieter moments sometimes asks 'What if?'" ( Undiscovered Scotland)
"The scents of regret and squandered promise suffuse this well-crafted crime novel, about a group of senior Glaswegians attempting to make amends for past sins." ( Publishers Weekly)

What listeners say about Runaway

Great story of adventures - past and present

The story started out a bit slow and uneven, but I wound up loving it. The main characters are childhood friends who ran away from Glasgow to London in the 60's to join the music scene. The story moves between their past and the present as the three elderly men and the coerced grandson of one of the men retraced their epic journey to the "big smoke." It is a story of love, loss, and missed opportunities.Very enjoyable and highly recommended!

I Couldn't Put This Novel Down<br />

Nostalgic, funny, poignant, driven and so well written, I forget it was, also, a mystery.

May and Forbes once again taking history and fiction to a new level. Simple life and it's complexities and ordinary people come together with a charismatic writer and narrator to create the unforgettable. Mystery without the thrills, but thrills without false contamination.
I Google a lot when "reading". With May, it is ALWSYS worth the side trip. Once again, life creates art.

Every action has a reaction. This novel reminds us that we are connected tenuously by love and friendship and there are repercussions if we abuse those closest to us.

I enjoyed the book especially the narrator. Not sure my friends would like it or not.

Great book. Love the Peter May books. He always keeps you guessing right to the end.

Peter May has written four novels that I think are excellent: The Lewis Trilogy and Entry Island. However Runaway is laden with cliches. At every point, I said to myself, "I can see where this is going." or "Have some sense, guys.! Don't do that!"
It was difficult to be interested in a bunch of teenagers who ran away from Glasgow to London to seek fame as a rock band. They experience every mishap you can think of...from being duped by someone they meet at a rest stop to hooking up with an unsavory group in London. Everything one might expect from a naive group of teenagers.
The ending is also fairly contrived, but I won't give that away.
I had to force myself to finish the book.

Loved this book, The reader Peter Forbes excellent reader. Can't wait to read the next Peter May Book.