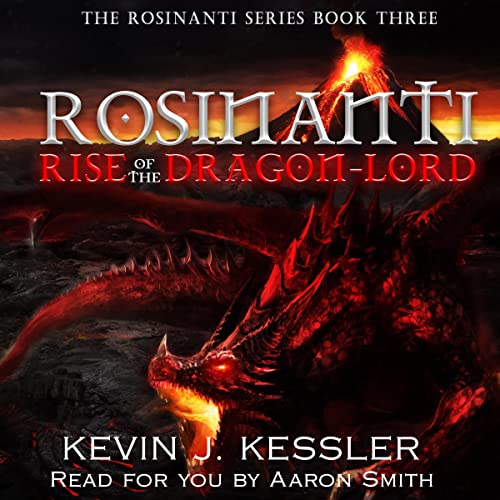 Valentean Burai, White Dragon of the Rosinanti, suffered a stunning defeat within the shadow of a desolate ancient city. Beaten and burned to the point of near-death, he recovers among his closest friends and allies, while harboring a dark secret. The flames of chaos have latched onto his soul, granting him the power of his ancient enemy, but at the cost of his compassion, his kindness, and everything that makes him who he is.

Word of Valentean's newfound ferocity and unnatural ability to transform into a vicious dragon has spread to all corners of Terra, earning him the moniker of "Dragon-Lord". Meanwhile, a world away, Princess Seraphina Kackritta, The Ice Queen, continues to fight against the forces of chaos that have claimed her homeland. Far from the man she loves, Seraphina must focus her magical abilities and lead an armed resistance to reclaim her kingdom from the shadowy evil that has enveloped her people.

As the flames of chaos spread out to envelop all of Terra, the Dragon-Lord and Ice Queen must find their way back to one another, and stand together with their allies, to beat back the chaotic inferno that threatens to swallow everything they've ever known.

What listeners say about Rosinanti