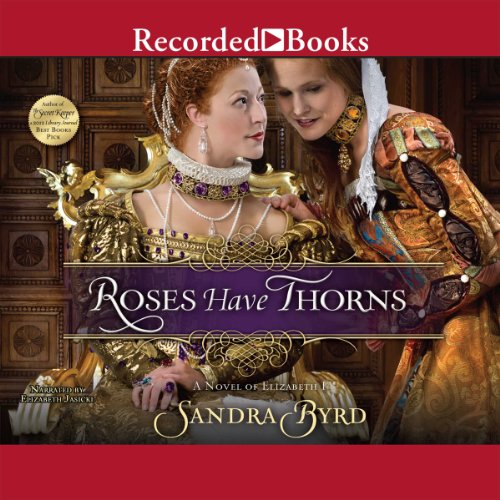 By: Sandra Byrd
Narrated by: Elizabeth Jasicki
Try for $0.00

From the acclaimed author of To Die For comes a stirring novel that sheds new light on Elizabeth I and her court.

Like Philippa Gregory and Alison Weir, Sandra Byrd has attracted countless fans for evoking the complexity, grandeur, and brutality of the Tudor period. In her latest tour de force, she poses the question: What happens when serving a queen may cost you your marriage - or your life? In 1565, 17-year-old Elin von Snakenborg leaves Sweden on a treacherous journey to England. Her fiance has fallen in love with her sister and her dowry money has been gambled away, but ahead of her lies an adventure that will take her to the dizzying heights of Tudor power. Transformed through marriage into Helena, the Marchioness of Northampton, she becomes the highest-ranking woman in Elizabeth's circle. But in a court that is surrounded by Catholic enemies who plot the queen's downfall, Helena is forced to choose between her unyielding monarch and the husband she's not sure she can trust - a choice that will provoke catastrophic consequences. Vividly conjuring the years leading up to the beheading of Mary Queen of Scots, Roses Have Thorns is a brilliant exploration of treason, both to the realm and to the heart.

What listeners say about Roses Have Thorns