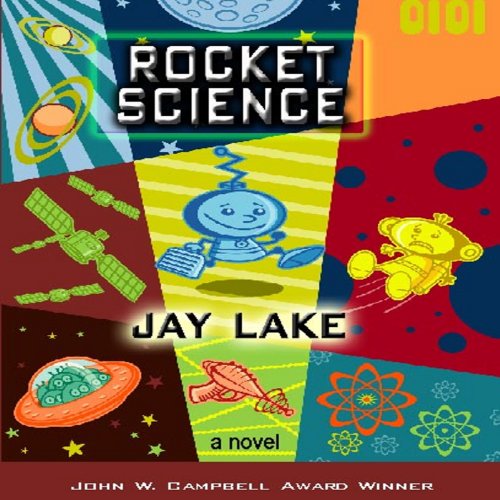 In Rocket Science, Jay Lake's first novel, Vernon Dunham's friend Floyd Bellamy has returned to Augusta, Kansas after serving in World War II, but he hasn't come back empty-handed: he's stolen a super-secret aircraft right from under the Germans. Vernon doesn't think it's your ordinary run-of-the-mill aircraft. For one thing, it's been buried under the Arctic ice for hundreds of years. When it actually starts talking to him, he realizes it doesn't belong in Kansas-or anywhere on Earth. The problem is, a lot of folks know about the ship and are out to get it, including the Nazis, the U.S. Army-and that's just for starters. Vernon has to figure out how to communicate with the ship and unravel its secrets before everyone catches up with him. If he ends up dead, and the ship falls into the wrong hands, it won't take a rocket scientist to predict the fate of humanity.

What listeners say about Rocket Science

A little gem of a book

It is a fun story, but with a message. I liked the main character. I felt like I knew him by the end of the book.

What does Scott Aiello bring to the story that you wouldn’t experience if you just read the book?

The voice was the main character. You could picture him in your mind.