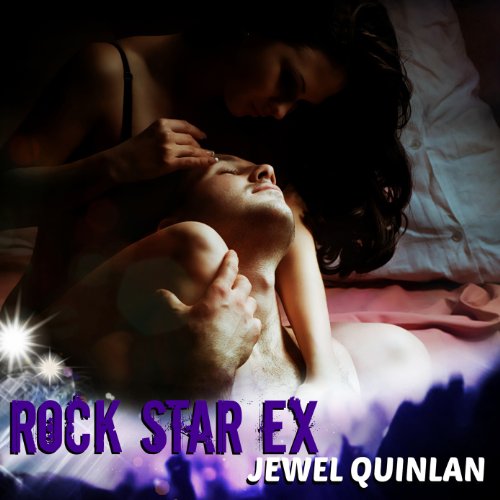 By: Jewel Quinlan
Narrated by: Josh Goodman
Free with a 30-day trial

Social media consultant, Eve Everett, is less than thrilled when her business partner hooks them up with a job covering celebrity rock band Arsenal. Their new lead singer, Devon Quinn, is the man who broke her heart five years ago. But there’s no way Eve can turn down the assignment. It’s the big break their fledgling company needs.

To boost Arsenal’s social media presence the band’s manager wants intimate coverage, especially of Devon, which means traveling with the band in their tour bus while they promote their new album. It’s not long before Devon tries to rehash the past but Eve would rather leave it buried where it is.

When Eve is asked to be part of a music video, she decides it’s a great opportunity to reap some revenge by showing Devon what he’s missing. But soon she’s the one losing control. Will Devon once again claim her heart as well as her body?

Very much enjoyed this story. One of my favorites is rock star stories. Having a gorgeous rock star with all the groupies hanging around and his interest is quiet and demure, always gives me a tingly feeling. Love this romance between Devon and Eve. Sex personified between both of these two beautiful people. The narrator did a great job with all the characters.

I received a free copy of this audio book to review for Wicked Reads.

I really enjoyed the story. I feel the narration could have been better and it did detract some from my enjoyment of the story.

The author developed solid characters who were able to come to terms with the past and fight for their future.

I will definitely read more of Ms. Quinlan's books.

They had known each other when they were both starting out: Eve as a College student and he as a Rock Star wannabe. Now fate had thrown them together again. However, she had been hurt, feeling abandoned. He had to try some way to get through hear stone cold attitude. To try to find if "His Eve" even still existed. A tumultuous tale of trying to find the way back to them.

This was so much more than I had expected. I loved the flow of the story and the chemistry between them was awesome, The other characters were great as well making me want to have their own stories also. Josh Goodman did a great job. I recommend this one for sure! I was given this free review copy audiobook at my request and have voluntarily left this review. AudiobookObsession AudiobooksUnleashed

Sensual in the truest sense of the word

Exciting and sexy! The fiction steams with passionate realism, making an impact you just can't overestimate.

Steamy read with a good story

Steamy read with a good story line. Not always an easy thing to find! Check it out! I received a review copy

If you just want to listen a short romance, this one is for you. Josh Goodman did awesome job. I highly recommend!

4.5 Stars...Second Chance They Never Thought They Would Have

Devon and Eve dated 5 years ago when she was in college. He is a singer and songwriter who goes on the road and never contacts Eve again...both broken hearted, yet unable to communicate. A ticket to a concert Eve finds out Devon is the new lead singer of a famous rock band...surprised Eve and her friend get back stage passes..Devon recognizes Eve and wants to explain his failure to contact her... Eve and her friend Kate have a business in social media and are hired by the band to travel with them to up their social media game. One thing I liked about the story is there isn’t gratuitous sex, drinking and obvious behavior by the band. They all come off as nice men..focused on their careers...Devon hasn’t ever forgotten Eve... The narrator was fantastic with his performance and not trying to change his voice to the extreme to sound like a woman, which is always badly done... A great Rock Star book! More books like this with seeing famous people as being real people and so excessive is great. I was given this free review copy audiobook at my request and have voluntarily left this review.

"I was given this free review copy audiobook at my request and have voluntarily left this review." Audiobook boom Rock Star Ex ... felt real! Storyline felt like it was taken from a band members memoirs'. Found myself rooting for Eve and Devon. I love my 'Rock star' Romances. They are people just like us. I've never read anything by Jewel Quinlan before. I will be searching for more of her when I'm done here. As for the narrator, love Josh Goodman. I want more!

I felt like this story had a nice edginess to it which I’m usually not into. I wasn’t really a big fan with the other stories I’ve read from this author. The cougar stuff you know.... and a odd plot with a 2 year age difference which was apparently a big enough deal to shift a whole plot. For a while I thought the author was really old and tried to cope with it by making multiple storied fantasies of older women getting together with younger men. When I searched her up I couldn’t find her age and she looked pretty but in her late 30’s or 40’s which only stretched out my suspicion on my theory. Anyways this story had a original and fresh feel to it, really enjoyed it :)