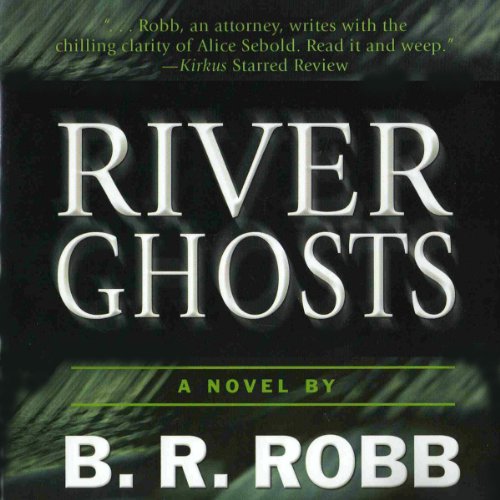 Which is right: the eyewitness testimony of an eight-year-old boy or exculpatory DNA evidence?

Sixteen years after Richard Hill testified in court that he crouched under the tablecloth and saw Henry Clayton rape his white momma and murder her and his black poppa, a DNA swab earns the prisoner a pardon and his freedom. Returning to Red River Falls, Clayton claims that he has been reborn and offers to help Hill, now a patrol officer, identify who really killed his parents. Hill, who relives the family horrors every day, doesn't believe him. But how can he prove DNA evidence wrong?

An ingrained distrust of everyone except Doria, the aunt who raised him, has led Hill to distance himself from his squad-car partner Jack Harter, and his mixed parentage has alienated him from members of both races. When he leans on radio reporter Sydney Brey for help, the search for truth puts Sydney on the railroad tracks as a train heads for her, leaves Auntie Doria bleeding on her bedroom floor and makes Hill the target of bands of good old boys with swastika tattoos. Ultimately, his childhood memories hold true but bring the disturbing possibility that the perfect science can be corrupted while racial enmity festers undercover.

"The pseudonymous Robb, an attorney, writes with the chilling clarity of Alice Sebold." ( Kirkus Reviews) "Robb depicts Henry's terror campaign and Richard's hunger for justice with steely eloquence." ( Publishers Weekly) "If the mark of an expert thriller is that it disturbs and disrupts the reader's most basic assumptions, then River Ghosts looks to be the real deal: a thriller that explores complex ideas while never forgetting the need to thrill." (IndieBookspot.com)("Bottom line is READ THIS BOOK. I greatly admire any author's ability to master the mystery genre and do it with such grace and depth. The racial insights of the story are particularly interesting, heart-breaking, yet with depth. Still, there is hope and a sense of ragged justice. This is the real thing." (Hal-Zina Bennett, writing coach and author)

What listeners say about River Ghosts

The overall plot of the story was great because of all the twist and turns.

What about Craig J. Harris’s performance did you like?

The narrators voice was deep, rich and polished. The sound of Craig J.Harris' voice added additional suspense to the plot of the novel. I love well narrated stories!

Would you listen to River Ghosts again? Why?

Absolutely! The story and the narrator grab you and won't let go.

What about Craig J. Harris’s performance did you like?

His voice, his diction -- everything

Would you listen to River Ghosts again? Why?

Unlike most mysteries, River Ghosts is driven as much by the power of the words and the emotions of the characters as it is by plot, making it a satisfying experience even after you know the ending. There is a complexity and subtlety to the narrative style and the interactions between the characters that extends far beyond who-dunnit or how are they going to be caught. This is the type of literary mystery Oprah should read.

The plot kept me guessing, not with silly action sequences because the protagonist makes bad choices, but with something more profound. You will find yourself wondering how the main character can ever come to grips with his past and his present, given the destruction and despair which he has faced.

What does Craig J. Harris bring to the story that you wouldn’t experience if you just read the book?

Craig has a deep, rich voice which adds power to even simple, declarative sentences. When combined with the masterful literary descriptions and internalizations of the narrative, this power resonates even more. Craig is also unafraid, however, to extend the audio experience into voice characterization, putting this a cut above mere narration.

Literary books are, I think, best savored over time, rather than crammed into a single sitting.

River Ghosts is a literary mystery than satisfies on a deep emotional and artistic level, as well as delivering on plot and suspense. This is the project of an accomplished author and an accomplished voice actor. Highly recommended.