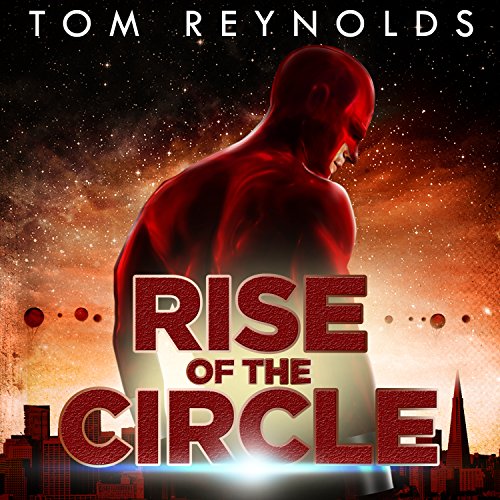 Rise of the Circle

By: Tom Reynolds
Narrated by: Kirby Heyborne
Try for $0.00

As metahumans emerge throughout the world, some greet them as saviors while others see them as a threat to humanity itself. A group of elite soldiers come into possession of the most powerful metabands seen yet, with the ability to destroy what was thought to be indestructible: the metabands themselves.

With the destruction of the Silver Island Metahuman Detention Facility, Bay View City goes into total lockdown. The Alpha Team impose their protection, but at a price: the complete and total ban of metahumans within the city. Refusal to follow is punishable by execution.

Forced to leave the city he calls home, Connor is given a second chance at an elite prep school across the bay - one with a very big secret.

What listeners say about Rise of the Circle

If the author remembered what he previously wrote, and the character interactions actually made sense and weren't irrational and irritating.

In ashes born by Nathan Lowell I like his previous series.

Would you be willing to try another one of Kirby Heyborne’s performances?

His performance was fine, the material was bad!

Anger and disappointment. The supporting characters were enraging and petty.

If the author could remember his plot and previous scenes; it would be much obliged!

I really enjoyed it. the writing was very entertaining. I am awaiting the new book

I’m really enjoying the listen in these books. I’m look forward to the Audible version of Midnight too. Just a couple of notes. ***Spoilers if you want to read this series***

In Second Wave, Connor & Midnight discover that he learns at an accelerated rate through training and is able to retain what he learns through instinct and muscle memory, yet in this book he is sucker punched pretty easily by a drunk that is trying to take advantage of Sarah. I get the plot device to give credence to Sarah’s prowess with martial arts, but this leaves the question: did the skills that Connor acquired before diminish, or was he distracted by the girl? With his training, he should not have been sucker punched at all.

Second, it’s never fully confirm if all of the first generation’s bands have all come back online with Connor’s now being the main conduit. You give us a few villains from the first generation, but how about a theory from Midnight as to why Connor’s band have supplanted The Governor’s as the main conduit? I’m assuming a bigger story on this will come with the next main installment, but this occurred to me during my second listen.

Would you listen to Rise of the Circle again? Why?

Maybe if I had the time

The main story is kind of erratic at this point. Then it took a hard left into this weird mixture of Superpowered by Drew Hayes and My Hero Academia. Hell, I was half way waiting for All Might to show up. Chances are still 50/50 on that happening because the way this is going the big twist will be the Governor popping back into existence at some point. Predictable and kinda aimless as far as the series goes but it's still a very convenient way to kill time between other releases.

I'm a big fan of this series, and once again Mr. Reynolds doesn't disappoint. I'm a huge fan of the Super hero genre of fiction and this is one of the better series that I've read. Read this people, and then you can thank me later.

amazing but a few things

so this whole series was amazing!! that being said there were a few things that i, and I'm sure others have as well, that is the fact that the author seemed to forget what he wrote in the previous books. it wasn't so bad but it was noticeable but in no way takes away from the fact that this was an amazing series and the ending was incredible. my only hope is that some insanely rich person reads this book series and decides to turn it into a movie or tv show! one can hope

great story line, character development, and quite entertaining. I loved it. The teenagery of the protagonist was believably annoying at times, as well lol

good book, wish the author would do the narrations

midnights prequel as well as future Meta books. Don't make us wait too long Tom, and keep up the good work!

There's not a lot to say really besides the title of my review as it speaks for itself.
Book 3 contains a big reveal that falls flat, a random unexplained fight with an 'invisible' who is wearing clothes (when in an earlier book it is stated that they have to be naked) and an final battle as unresolved as the other books.
Considering I gave book 1 a 3 also one might question why I have bought the two sequels but I feel the writer has potential and I'm happy to pay to help them keep working on their books as I do believe he has a masterpeice waiting to come out.