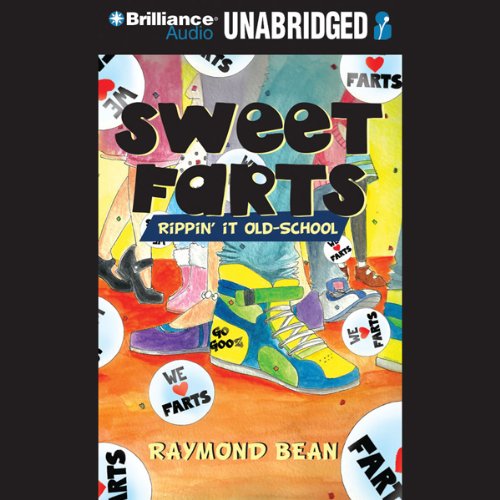 By: Raymond Bean
Narrated by: Nick Podehl
Try for $0.00

Sure, Keith Emerson may have cured the common fart at age nine. But that was so last year. Now, the whole world wants to know, “What have you done lately!?”

Thanks to his invention of Sweet Farts, the tablets that cancel even the most ripe and pungent fart smells, Keith has become the center of all kinds of attention he doesn’t want. His kid sister has turned into a farting maniac, and his parents blame him. His so-called best friends torture him at school with nicknames like “S.B.D.” (for Silent But Deadly) and try to humiliate him every chance they get. The principal wants to know what Keith’s next brilliant invention will be. His mentor, Mr. Gonzalez, is threatening to pull the plug on his laboratory. And, with the annual science fair just weeks away, it looks like the boy wonder is about to choke big time.

With a little help from some unexpected sources, Keith will learn a valuable life lesson in this hilarious follow-up to Raymond Bean’s surprise hit, Sweet Farts.

What listeners say about Rippin' It Old School

It was awesome it has awsome book and I 100 present picking this up.it has alot of humor and it is one of the best books ever.