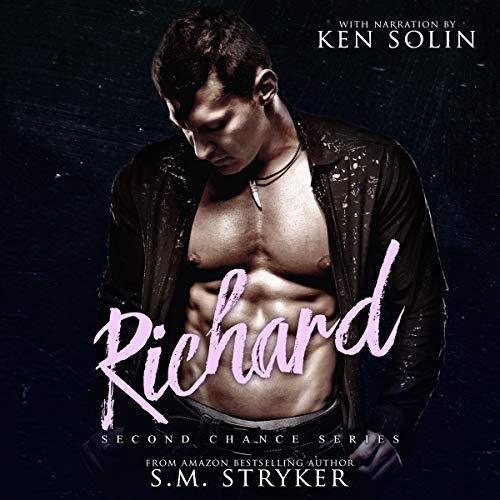 Richard Stone devoted his life to work and family. When his parents die tragically, the life he'd known came crashing down, causing him to spiral out of control.

That is until the postcard arrived.

Nicole House was excited. She was graduating from college and had been offered her dream job at the company she had longed to work for. Then, the unthinkable happened. Brutally attacked, her life was forever changed.

She had no choice but to leave her family, dream job, and the only life she had known behind, moving to another state, hoping she could escape her attacker and the shame that fateful night left her with.

Resigned to live alone, these two people who never expected love to find them were brought together.

After receiving devastating news, Sophia, a single mom, found her solace and the love she’s never had in two unlikely strangers.

But will the demons, secrets, and fears of their past stop them from their future?

Will their dreams ever come true? And if so, at what cost?

What listeners say about Richard

I have been so excited throughout this series to finally get to listen everything that has happened to and with Richard. I love this whole series but this one was special because you never got much of their story through the other books.Awesome listen book..

This book is a combination of malice, poetry, and wit is incomparable. The melodramatic nature of the play allows for Olivier's ALMOST over-the-top performance. The supporting cast is equal to the task,This listen book particularly his recounting of the premonitory nightmare,.all of them magnificent.

What a beautiful story

The author made the characters go through so much in life but come out as strong people. I wanted to cry many times listening to the book but the kindness and generosity of the characters made me feel better and want to become a better person.
This is a beautiful story, love story, happy and sad story, it takes you to every emotional.
The narrator is very good even if I prefer female voice for female characters and vice versa.
I really hope that you will enjoy this book like I did. it makes you believe there is still good people in the world ready to help a stranger or a brother or sister.

One of my favorites for sure!!!!

What an emotional roller coaster! I didn’t know what I would find in Richard and Nicole’s story! They both list so much and came so far to finally find the love they both deserved.

I loved how they opened their heart to Sophia and her children.

This was such a heartfelt story with twists and turns that weren’t expected.

how a postcard changed his life

This is a story about Richards life. How he dealt with the loss of his parents. How a postcard changed his life. How he helped Beckett and took him under his wing. finding !ove, many new friends and family he thought he would never have. things happen for a reason, people are put in your path when needed the most, no matter the situation. This story is philosophical filled with drama, emotions, secrets and love. I enjoyed listening to it. I was gifted this audio and offered my honest review.

I enjoyed the storyline and the characters. There was a lot going on in this book. It can be a standalone but I would listen to them as they make reference to past book. It just makes a smoother read to know all the stories. It was an emotional read but had a hea. I received it as a gift and this is my honest review.

Richard: Book 4 off the :Second Chances series is a touching story of friendship, loss, and romance. I enjoyed it and would recommend it