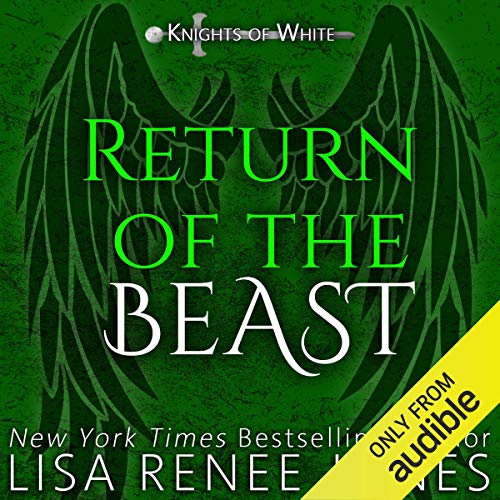 Return of the Beast

Saved by an immortal after an attack by a Beast, Chris Avern is doomed to carry that beast within himself. It taints his soul with a darkness that can only be purged by finding his chosen mate. Now, as a Knight of White, a demon fighter caught up in an ancient war between good and evil, Chris must battle the soulless Darkland Beasts intent on wreaking destruction upon humanity.

Sent to save the hometown he left 25 years ago from an onslaught of Beasts, Chris comes to the rescue of ranch owner Alexis Wright. He is drawn to Alexis with a demanding passion that nearly overwhelms him and he recognizes immediately that Alexis must be his chosen mate. But, while he knows Alexis can be his salvation, he is torn by conflict. For to draw her into his world, he must put her life...and her soul...in unimaginable danger.

What listeners say about Return of the Beast

Boring compared to the last one. Not sure if I want to try the next one.

short read. I really didnt get a feel for the characters. it just felt like this was a fill in. on the other hand, the build up is becoming even more intense.

This story went fast but packed full of action and drama. I would love to hear more of their story and the ranch.