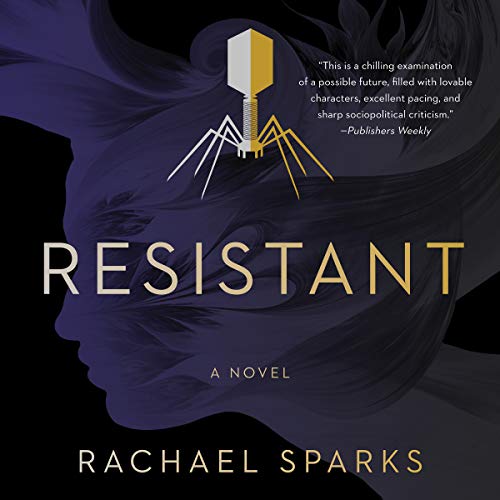 In the final battle with drug-resistant bacteria, one woman's blood holds a secret weapon.

Rory and her father have survived the antibiotic crisis that has killed millions, including Rory’s mother - but ingenuity and perseverance aren’t their only advantages.

When a stoic and scarred young military veteran enters their quiet life, Rory is drawn to him against her better judgment...until he exposes the secrets her mother and father kept from her, including the fact that her own blood may hold the cure the world needs, and she is the target of groups fighting to reach it first.

As the government pursues Rory, aiming to use her for a cure it can sell to the highest bidder, she’s forced to flee with her father and their new protector. But can she find the new path of human evolution before the government finds her?

What listeners say about Resistant: A Novel

I loved the story line and the narration. the characters were great. great job all

Enjoyed I enjoyed this book for considering what would happen if anabiotic‘s stopped working and it really had a scientific knowledge base that made me feel story was based on truths. The story was easy to follow and authors reading was enjoyable.

This book started out ok, but degenerated into a romance novel. I couldn't finish it.

Science has answers and science prevails! Can’t wait for round two from The great Rachael Sparks!