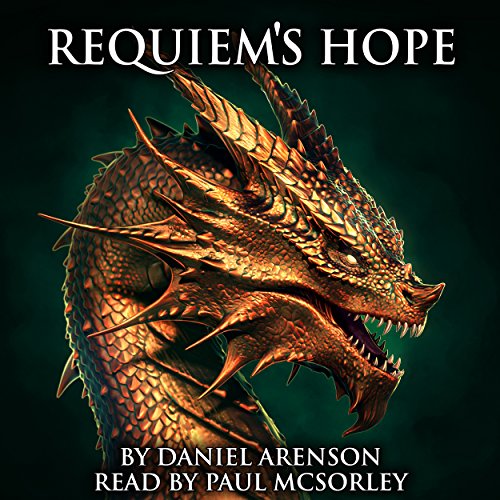 By: Daniel Arenson
Narrated by: Paul J McSorley
Try for $0.00

From fire and blood, the kingdom of Requiem rises. It is a home for the lost, the exiled, the hunted - those they call weredragons. In their new kingdom, they gather - men and women who can grow wings, breathe fire, and take flight as dragons.

But there is one who would see this fledgling kingdom crushed. The tyrant Raem has opened the gates of the Abyss, summoning a demon army. His unholy host musters around him and flies across the sea toward Requiem.

The demons swarm, mad with hunger. Their rot wilts forests and boils rivers. Their shrieks echo like storms. Their purpose is one: to slay dragons.

Requiem was birthed in blood and flame. Now her war for survival begins.

What listeners say about Requiem's Hope

This author constant has characters repeating a litany of poor me, decent story poor execution.