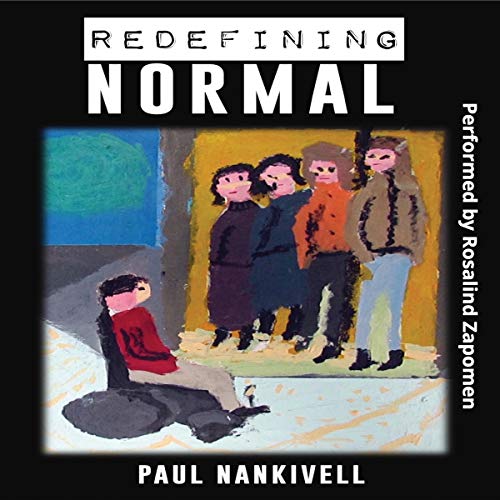 By: Paul Nankivell
Narrated by: Rosalind Zapomen
Try for $0.00

Redefining Normal is a coming of age story with a twist. There was a time when all disabled children were placed into special schools. The disabled schools that our main character — Alan Jones — attended didn’t pretend to offer anything resembling synaptic stimulation. These schools would never be mistaken as real schools in the academic sense. They were glorified babysitting centers.

As time passed, Alan and his mom became increasingly frustrated. These schools repeated the same third grade lesson plan year after year. Finally, his mom convinced the school’s psychiatrist to give him a variety of tests to determine if Alan was worthy of a competitive education at regular schools.

At every stage of this process, hurdles were put in his path. Sometimes the very people who ran academic institutions were closed-minded bigots. Time and again, Alan had to fight the same battle against different foes. Meanwhile, after each skirmish, this shy, over-apologetic boy had to decide whether to stay in his shell and accept his fate or become assertive and learn how to self-advocate.

What listeners say about Redefining Normal