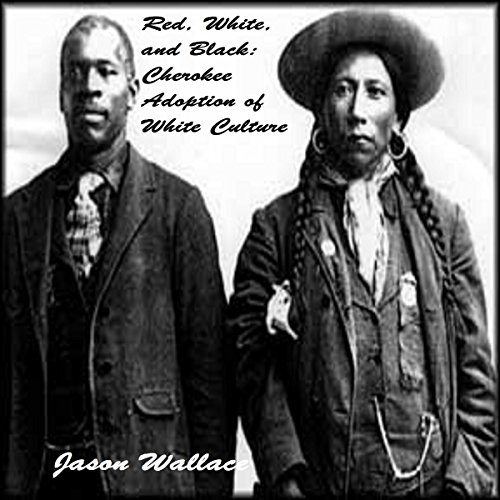 By: Jason Wallace
Narrated by: Sol Macko
Try for $0.00

This audiobook examines some of the ways in which, beginning very early in their interactions with European-Americans, the Cherokee began to adopt white culture and make it their own. They modeled much of their way of life on the way of life of their white neighbors, so much so that many of them sided with the Confederacy during the Civil War. Among them was Stand Watie, hated by many of his own people for selling the Cherokee's lands in the Southeast without tribal consent, and later the last Confederate General to surrender, more than a month after Robert E. Lee.

What listeners say about Red, White, and Black

If you are interested in the Cherokees after the Trail of Tears, this will be of interest to you. Lots of information in a concise manner. Also the history of slavery by the Cherokee is three dimensional in its complex evolution from before European contact and after. I wish Audible would carry more history books on the Cherokee

This is like a nice short accurate history lecture, that tells the truth. Doesn't make Europeans look good nor the Natives..just the facts here..