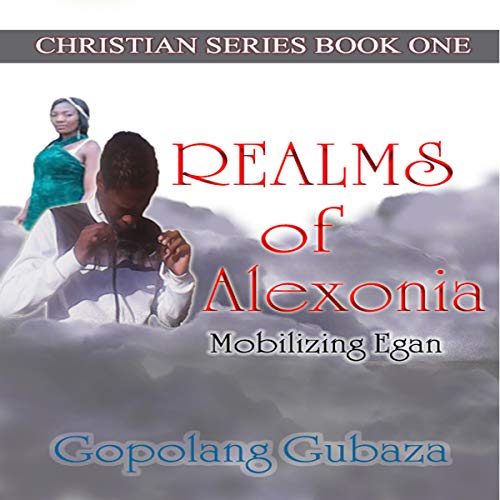 Christians and Eganites dwelt together in peace, and Livingstone village became a fruitful habitation for both groups of people. War began due to clashes of powers that hovered in the atmosphere of the supernatural. An unholy source of power rebelled with the people of the living God who continuously saturated the atmosphere with godliness through prayer, which made it difficult for Egan worship to last in the land.

Separation caused bloodshed; the most holy men who were a threat to the dark powers lost their lives. The more the Eganites fought the godly people, the more God Almighty fought back for them. The number of Eganites were reduced twice as much compared to Christian people, until the time came for the Eganites to flee from Livingstone Village.

The spreading out of the Eganites led them to dwell in barren regions such as Oren, Sahara Hills, and Londen. Myisha Freeman left Livingstone at once and settled in the township called Loritz for 19 years and raised Lazarus, the child of her dead husband.

The young prophet of God often stumbled into the spiritual world and had many encounters with the supernatural. Through these experiences, God Almighty intended to establish boldness in the young man, for declaration of the acts of God toward the people of God in Livingstone.

After a long period of time, the Eganites intended to return back to Livingstone, which their god promised to be their place of habitation forever. They finally took over the land, and the assault resulted in the loss of many lives and led two groups of people to abide together in the same place. Gallio, the high priest of the Eganites, stormed Livingstone village, causing the entire Island to keep mum, with the president included.

The Eganites negotiated with a Christian to be permitted to dwell in Livingstone village again. The anger of God increased due to the return of the Eganites in the land. God Almighty spoke to Elder Johnson to depart from Livingstone permanently to Nixonville because the wrath of God Almighty was at hand. Once again, two groups of people finally dwelt together.

Short and rough, but readable

The book is short. It takes less than 2 1/2 hours to listen to. The narration is not bad or distracting, but neither is it remarkable. Characters do not have distinct voices.

The characters and story are interesting, but I was often left feeling like the author skipped over the details in which I was most interested.

Don’t look for the traditional story structure here. Even the chronology is a bit confusing.

Worth noting: this book calls itself Christian Fiction. If you are looking for Narnia-style fantasy/allegory, that is not this book. It is Christian in that it has explicitly Christian characters with appearances from angels. Spiritual warfare is a major theme, though far more explicit than spiritual warfare generally is in real life.