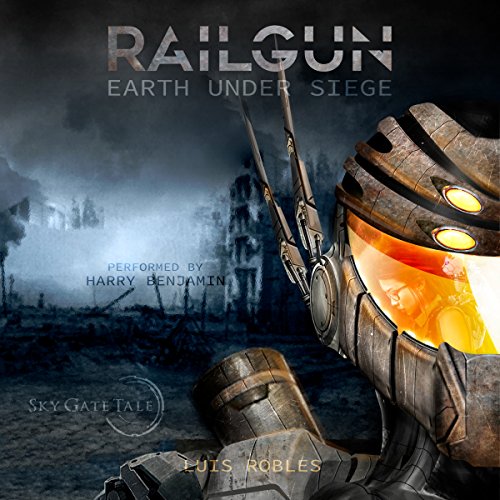 By: Luis Robles
Narrated by: Harry Benjamin
Try for $0.00

In its most desperate hour, Earth clings to the edge of chaos - at the tipping point between armageddon and a new world order. When the Miriu, an alien race, descends upon Earth in 2197, they have only one goal: the complete annihilation of the human race. With vastly superior technology and a penchant for total world domination, the Miriu emerge as indestructible bringers of death and appear to stop at nothing to complete their prime directive. In their wake, they leave a trail of death across the face of the planet, and for a moment, all seems lost.

Ten years pass, and amidst the rubble of a once great planet, a hero rises to answer the call of destiny. Having sprung forth from the world of science to avenge Earth's terrible fate, Railgun, the last hope humanity has, steps forth to claim the day.

What listeners say about Railgun