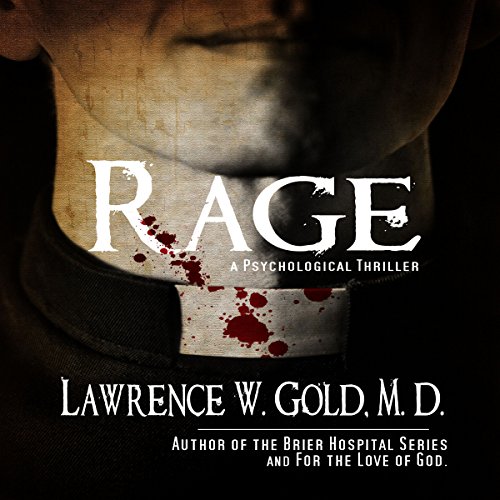 When normal people suddenly attack and murder, their defense attorney hires Dr. Michael Rose - a former cop turned forensic psychiatrist - and his associate Karen Scott to represent them in court. The inexplicable events mystify these experienced professionals, and together they seek a rational explanation. When psychiatric evaluation reveals a pattern among the subjects, Michael suspects that there is more to these incidents than spontaneous psychosis. Using his instincts and skills as a former police detective, Michael and Karen begin their own investigation. What they uncover is chilling.

Who is behind it? Why is it happening, and most importantly, can they do something before the killer strikes again? During the dramatic denouement, Michael must wrestle with his conscience and the true meaning of justice.

What listeners say about Rage

The story was good. Unfortunately the narrator is so boring and stilted I almost stopped listening half way through. I will not be listening to any more books with this particular narrator.