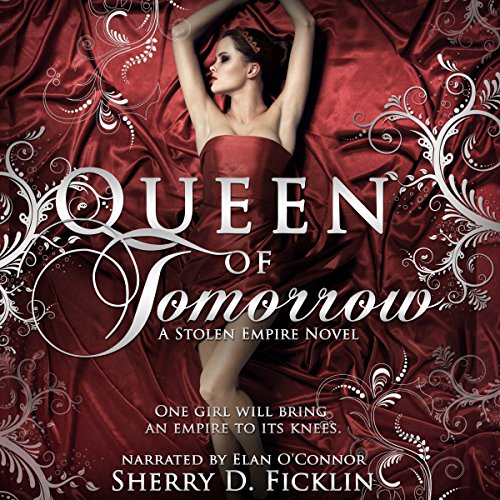 By: Sherry Ficklin
Narrated by: Élan O'Connor
Try for $0.00

Sophie - now Catherine, Grand Duchess of Russia - had a tough first year at Imperial Court. Married at 16 to Grand Duke Peter, heir to the throne, and settled in their own palace, things start to look up. As a new day dawns, Catherine thinks only of securing her future, and the future of their country, during one of the greatest political upheavals of her time. Fighting desperately against forces that try to depose the Empress Elizabeth and put the young Prince Ivan on her throne, Catherine soon finds herself in the middle of a war brewing between her beloved Prussia and her new empire. While navigating the fragile political landscape, she quickly realizes that she has only begun to discover the tangled web of deceit and infidelity woven over the lavish court of Oranienbaum Palace.

When a strange and delicate alliance forms between the young couple, Catherine glimpses a future of happiness, only to see it vanish at the hands of those who still seek to end her life - and prevent her reign. Out of favor with the empress and running out of options, Catherine must sacrifice her own innocence on the altar of Russia if she is to save the nation and herself. To survive, she will have to do the unthinkable, betray those closest to her and become something greater and more dangerous than she ever imagined she could be...a queen.

What listeners say about Queen of Tomorrow

I enjoyed this one as much as the first! The story is engaging and the characters each have unique attributes which keep it interesting and exciting.

this series really is good and I'm glad to enjoy it. excited to read the next.