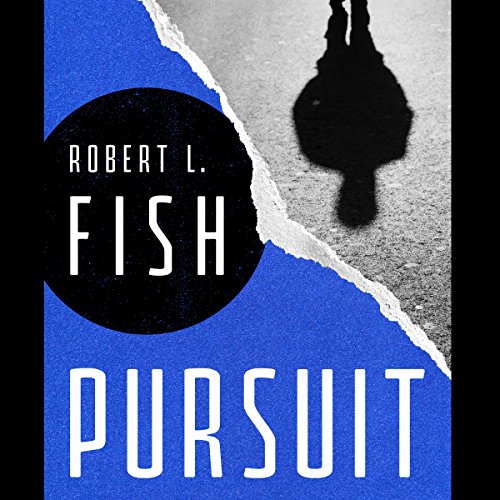 To escape justice a Secret Service colonel masquerades as a Jewish refugee.

The thousand-year Reich is crumbling, and the Red Army races toward Berlin. As the senior leadership of the Nazi party burns its files and flees the country, Colonel Helmut von Schraeder takes a different approach. After years in charge of the concentration camp at Lublin, he knows the Russians will not spare him. And so he throws away his uniform and asks a plastic surgeon to give him a disguise no one will question: that of a Jew.

Schraeder disappears among the men and women he has spent the war torturing. When they are rescued, he is treated as a refugee. In Palestine he is swept up in the fight for Israeli independence, becoming a hero for a people he tried so desperately to destroy. But von Schraeder's past is not finished with him, and as the hate within his soul burns ever brighter, he knows he will have to answer for his crimes.

What listeners say about Pursuit

Robert Fish's long-forgotten 1978 novel was later made into a 1989 t.v. movie called Twist of Fate, which was excellent, although this book on which it was based is far better. I enjoyed listening to this for the first time while re-reading the novel on kindle. The plot could never happen in real life, but Fish is talented enough to make you believe it might have. There is absolutely no way a Nazi war criminal could masqerade as a Jewish concentration camp victim and later become an Israeli General. Fiction is always stranger than the truth.

Would you consider the audio edition of Pursuit to be better than the print version?

Absolutely. PJ Ochian is THE BEST ACTOR/READER I HAVE EVER HEARD!!! He could do any and every accent!

What other book might you compare Pursuit to and why?

I've never read a book like this one. This was Exodus and Night all is one.

The realization that Debra was pregnant by Grossman

I named it double header because the content was just as good as the "Telling/reading/acting" by PJ Ochian!!!