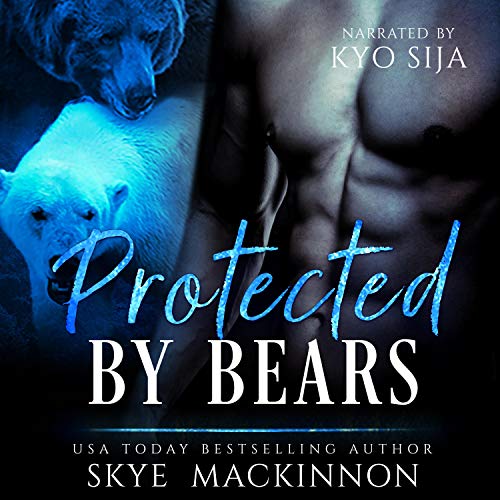 Last night, we became one, the lines blurred between our minds for just a moment, but the echo of it is still vivid in my memories. I want to feel that again, and if I have to chain them all to my bed, that actually sounds like a pretty good idea.

The Fates like to play with our lives. They're not malicious, just bored. But that also means that sometimes, we have to take our destiny in our own hands and defy the Fates.

I will do anything to save the bear shifters from extinction, even if that means going against the will of the most powerful beings in the universe.

Because the bears are no longer just friends. They're family.

Protected by Bears is the second book in the Claiming Her Bears series, a post-apocalyptic reverse harem. Prepare for strong alpha males with a trace of vulnerability, an epic quest, Viking beards, very steamy scenes, Scottish landscapes, Celtic mythology, and a post-apocalyptic setting.

Listen to the whole series.

What listeners say about Protected by Bears