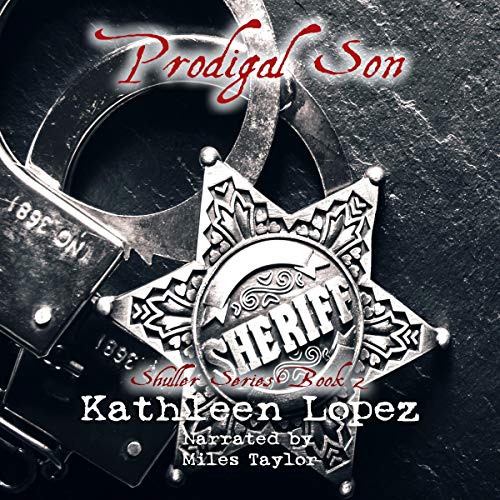 By: Kathleen Lopez
Narrated by: Miles Taylor
Try for $0.00

Sheriff Martin Shuller was good at his job. He had a reputation of being a very thorough and very honest investigator. It had not surprised anyone when he was tapped to help with an investigation in a small neighboring town with shocking high profile murder. Shuller, willing to help the quaint cove, readily accepted the challenge. Leaving his town in the safe hands of his deputy, Shuller traveled to Columbus Cove and worked the Steven Harrigan murder investigation. With the dramatic end to that case now behind him, Shuller returned to his seemingly normal and quiet town of Huntersville. He was glad to be back, despite only being gone for the brief time. A weight had felt lifted once he could return to his town, his routines, his life. He felt as if all the previous mounting stress left him as soon as he crossed into his town's outer limits. Quiet and normal was what he was seeking. It certainly was not what he found.

Not long after returning home to his life and routine, a murder occurs, and it is too close for comfort for Shuller. Shuller, who always kept his personal life personal, is now faced with a dilemma as his personal life is now entangled in the spotlight of a murder investigation. Not wanting to taint the investigation, he is powerless to help and is sidelined, watching his officers work the case. His only solace he finds now is with Jeanie. Jeanie Jacobs is the dispatcher of the local fire house. His long suffering secretary, Susan, finally worked her magic and had gotten the two together. Shuller now regrets the times he pushed aside Susan's matchmaking attempts in the past as he now realizes Jeanie is all he can hold onto during the course of the investigation.

What listeners say about Prodigal Son

What did you love best about Prodigal Son?

I love how the story was developed

Have you listened to any of Miles Taylor’s other performances before? How does this one compare?

Not that I know of

This audiobook was provided by the author, narrator, or publisher at no cost in exchange for an unbiased review courtsey of AudiobookBlast dot com.

My second Lopez novel. Great characters and a real-life kind of story you'll have no trouble getting sucked into. Excellent listen!

I loved the character of the Sheriff and the way that the author added a twist of romance to a very enjoyable thriller. I loved the ending, no spoilers, I didn't see it coming. I liked the feel of the small town and its inhabitants.

I loved the overarching message that everyone has secrets.

Very good performance that made the book entertaining and engaging.

There's a murder in a small town, my town, that makes it personal.