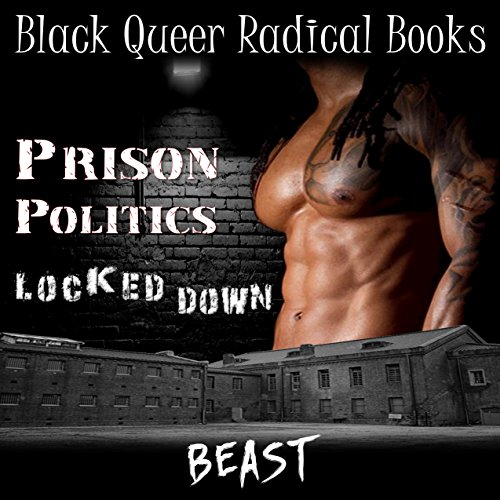 By: Beast
Narrated by: Malcolm Cruz

Correctional officer Xavier Brown hates his job at the prison he works at outside of Atlanta. The pay sucks, his coworkers annoy him, and he's forced to be around a bunch of drug dealers, rapists, and murderers doing time. Two months in, he's pretty much learned the ropes. And just when he thinks the day would end like every other day, he stumbles upon a new inmate, Raheem Jones, who has more in his hands than simple contraband. Prison is known to change men. And Raheem Jones' sexy chocolate self is more than happy to be the motivation to change. Xavier just never would have thought that he'd unlock a desire he'd never known in a place meant to lock a man down.

Enticing and hot! The author knows how to verbally bring the excitement! Can't wait to read his other books!

This m/m sex tale of Raheim (inmate) and Xavier (prison guard) was written in way that this story seems more than just sex, though it is most definitely erotica. But the story doesn't jump into it immediately.The story wasn't the typical prison-inmate gay sex story. Neither character acted ESPECIALLY—there was a little verbal aggressiveness & a butt slap—sexually aggressive or domineering, which made it much sexier, more of a seduction. And Xavier's struggle with his attraction to Raheim, the first time for him, was realistically done. And the narrator brought it together perfectly. The way the narrator played Raheim, I don't blame Xavier for being taken by a dude for the first time ever. Another positive was that it was all so masculine. That might seem impossible in m/m sex, but this story, like some others, proves it's not. As a result, the sex sounds are different and very limited And there's no softness, as such, to be found, just getting a want or need met…and wanting it again. I wish the sex scenes were more drawn out, but time was very limited due to the setting, of course. Maybe next time. The ending says "To be continued," though there's no cliffhanger.