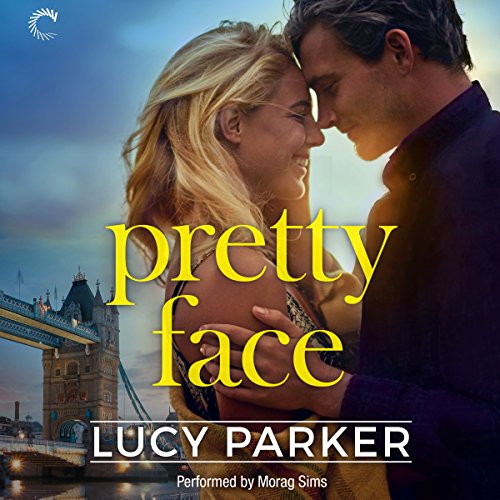 Highly acclaimed, award-winning author of Act Like It Lucy Parker returns listeners to the London stage with laugh-out-loud wit and plenty of drama.

The play's the fling.

It's not actress Lily Lamprey's fault that she's all curves and has the kind of voice that can fog up a camera lens. She wants to prove where her real talents lie - and that's not on a casting couch, thank you. When she hears esteemed director Luc Savage is renovating a legendary West End theater for a lofty new production, she knows it could be her chance - if only Luc wasn't so dictatorial, so bad tempered, and so incredibly sexy.

Luc Savage has respect, integrity, and experience. He also has it bad for Lily. He'd be willing to dismiss it as a midlife crisis, but this exasperating, irresistible woman is actually a very talented actress. Unfortunately their romance is not only raising questions about Lily's suddenly rising career; it's threatening Luc's professional reputation. The course of true love never did run smooth. But if they're not careful, it could bring down the curtain on both their careers....

What listeners say about Pretty Face

Would you listen to Pretty Face again? Why?

I'd listen to this book again, because the performance was so, so good. I'd want to soak it all in once more.

The way the heroine, Lily, was so prejudiced against because of her sexy voice and beautiful appearance was fascinating. You'd think that would only help one in an acting career, but it hurt her aspirations to act on the stage. The least interesting bits were the sex scenes, unfortunately.

What does Morag Sims bring to the story that you wouldn’t experience if you just read the book?

Morag Sims perfectly captured Lily's voice — high, breathy, sexy... and intelligent. It was masterful. It was wonderful to hear her words out loud, since voice is such an important part of the story.

No part "moved" me in the truest sense of the word, but I loved the moments where people realized how wrong they'd been to judge Lily before getting to know her.

I truly wish the author had included more information about the play at the center of the story. I also wish Lily's first public stage performance, with all of the emotion behind it, had been more detailed.

my first audio book. made me fall in love with it. amazing narrative. thoroughly enjoyed it.

okay, So this is the second book in a series!
And it is phenomenal!!! It is a British soap opera in book form! I love this offer author's sarcastic sense of humor, as well as how much emotion she can put can very short space of time the mean couple goes through hardships, both together and separately. This truly makes you pull for them over the course of the book! They are each their own person, with their own issues to work through, the ending we come to feels very earned because of this.
The only complaint I have, if you can call it that is that I wish we got to spend more time with them as a couple 10/10 on the Slow-Burn scale!!!😈😈😈
^﹏^^﹏^^﹏^😜

An enjoyable read. not your traditional tomance novel. lots of twists and turns. couldn't stop listening.

I will definitely read another book by this author. The characters were likable; I appreciated the humor. 4 star in its genre.

Loved the narration - great accents - and the story. Bit of a slow start, but didn't take away from the enjoyment.

What a fun read. Lucy Parker is quickly becoming one of my favorites. Just as great as her breakout novel Act Like It.

I didn't think I could possibly like this book as much as "Act Like it,' I was wrong. This book is excellent start to finish and I would highly recommend it.

Another very enjoyable book from Lucy Parker, can't wait till the next one. The narration was very well done for both male and female characters. Loved the setting. Great characters. Highly recommended.

Pretty Face has earned a place among my all-time favourite books. Having read it on Kindle, I couldn’t wait for the audiobook, and I wasn’t disappointed. The narration is exceptional, doing justice to an incredibly well-written contemporary romance, full of charm, wit, and beautifully drawn characters. It just ticks all the boxes for me, and Lucy Parker is now on my auto-buy list.