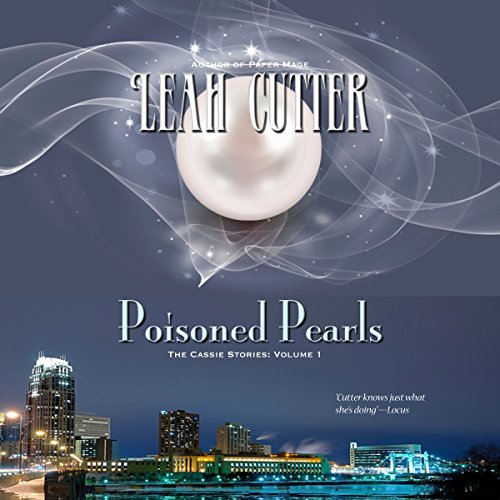 By: Leah Cutter
Narrated by: Carol Jacobanis
Try for $0.00

Working at a sex & toy shop like Chinaman Joe's Good Luck Parlor keeps Cassie in smokes and off the streets. It isn't glamorous. But it's a life.

Then again, Cassie is just normal - not one of the blessed. No paranormal abilities, no telepathy, no pre-cognition. Normal.

But when someone kills Cassie's best friend in the alley behind the store, the police start looking at her hard, particularly when the post-cog on the case swears she's involved, somehow.

Then someone strangles a prostitute right there in the store.

Cassie knows the cops are wrong about everything. She didn't do it, and the deaths aren't about drugs.

But to prove them wrong Cassie has to stop the Norse gods she didn't know were real and prevent Ragnarok.

Her life will never be the same.

What listeners say about Poisoned Pearls

Unique, fascinating and quite a ride ....

I'm giving the author big time kudos for this one ... I've been into sci fi and fantasy for over 60 years, and this plotline was truly unique to my experience. What I especially enjoyed were the characters, and the locale ... the female main character is a lesbian working in a mostly hetero sex toy shop, and the male main character is a veteran who'd been fed experimental psychic enhancement drugs in secret govt program ... leaving him afflicted with several varieties of PTSD ... such a fine pair of exotic main characters zip along a plotline that includes Odin, Loki, and the battle at the end of the world. Total kudos to the author!