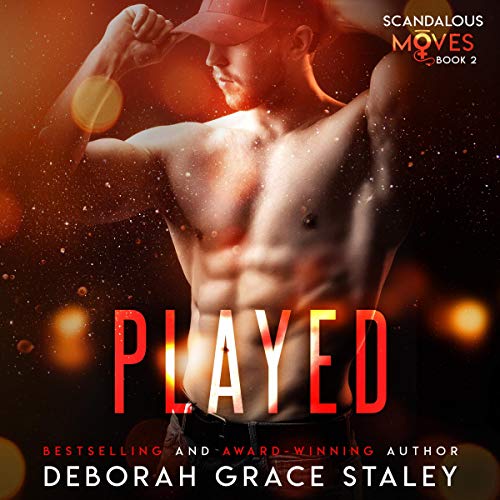 By: Deborah Grace Staley
Narrated by: Samantha Summers
Free with a 30-day trial

Can a playboy reform and, in the process, win the heart of a woman who once made him her scandalous move?

Jaye Baxter is a woman in man’s world. She’s on track to become the first female general manager in major league baseball. She loves her job, but she’s in desperate need of a little quality time to explore her long-lost feminine side. So she does what any sensible girl would do - she picks up a sexy local man in a Puerto Rican bar and has a one-night stand.

Matt Ruiz is one of the top pitchers in baseball. He has everything: success, wealth, fame, fast cars, and women. Dissatisfied, he finds himself in a slump that lands him back in the minor leagues. When fate throws Matt and an old flame together, he makes a play for the one he let get away. The problem is, they’re both on a career trajectory that will keep them apart.

Played is book three in the Scandalous Moves series of steamy audiobooks from Deborah Grace Staley, best-selling romance novelist and a winner of the Holt Medallion award.

What listeners say about Played