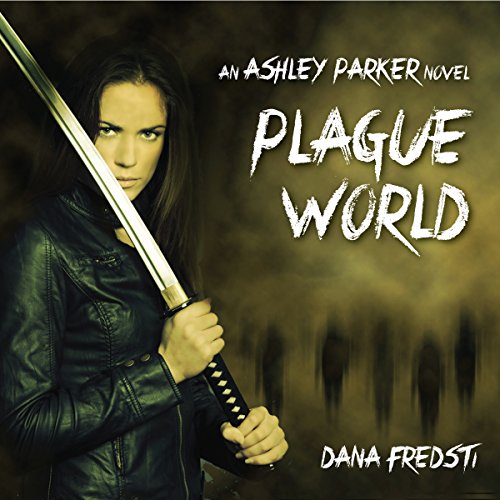 The thrilling conclusion of the zombie apocalypse begun in Plague Town and continued in Plague Nation! The zombie plague has gone airborne, and the conspiracy that began it all reaches the boiling point.

Having been ambushed in San Francisco, which is now fully engulfed in the zombie plague, Ashley and the wild cards must pursue the enemy to San Diego. There they will discover a splinter of their own organization, the Dolofónoi tou Zontanoús Nekroús, which seeks to weaponize the plague. But that isn't the worst news. The plague has gone airborne, making it transferable without physical contract. It cannot be controlled by anyone, so reports of the zombie swarm are coming in from across the United States - and across the world.

What listeners say about Plague World

Really had a hard time getting into. Part of it was the narrator which in this case is the author. It just seemed overdone...not convincing. I had high hopes...but they crashed quick.

After book 1 this series had so much promise. Sadly, after that it just gets worse from there. The story is dumb, contrived, and at times nonsensical. The pop culture references feel even more forced than I ever thought possible, and good God... the narrator (who I seem to remember is the author herself, right?) is even worse this time around. It sounds like she recorded it in her bathroom. She mispronounces words consistently. Her cadence changes in weird ways. And worst of all, it's clear the shower curtain was the producer/director/mixer/editor/ et al of this operation. We shouldn't hear breathing, gulping, odd lip sounds and anything in between on a paid product, but here we are. Get a better pop filter, ma'am at the very least.

If you enjoyed the 1st book and have yet to get further, end it there. You'll be glad you did because this trilogy overstays its welcome by mid-book 2. Well, if you have standards, anyway.