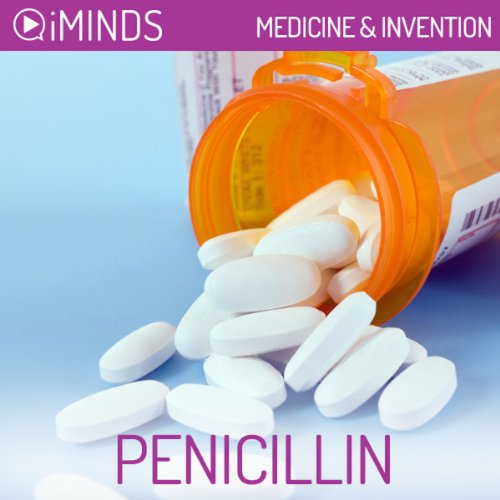 Learn about the discovery of Penicillin with iMinds insightful audio knowledge series.When Alexander Fleming discovered penicillin in 1928, it was a lucky accident. He didn’t realize at the time that penicillin would dramatically change the face of medicine and the pharmaceutical industry.

Fleming was a researcher studying the natural antibacterial substances produced by the body. He had been working with the bacteria that caused boils. To study the bacteria he grew colonies of it on plates. He later took a holiday leaving plates of bacteria to grow while he was away. On returning from his holiday, he noticed a mold growing on one of the plates. Colonies of the bacteria, which should have been growing around the mold, had died off. Fleming knew this to be strange and went about trying to identify the mold. He discovered the mold produced an antibacterial substance which he later named “penicillin”. However, the penicillin produced by the mold was elusive and seemingly impossible to separate from the concoction in which he had cultivated it. As Fleming was unable to isolate the penicillin and did not yet realize its importance, he abandoned his work.

What listeners say about Penicillin

7 minutes packed with information about penicillin

7 minutes packed with information about penicillin, it's discovery and bring it to market. Thank you.

This concise and informative six minute listen outlines the discovery of penicillin and the years between its discovery and the time when it finally became of practical use. It gave me a new appreciation of the work that scientists and medical personnel put into the development of new drugs, the trial and error of their efforts, and the miracle of what God has put right in front of us for our use in the treatment of diseases.