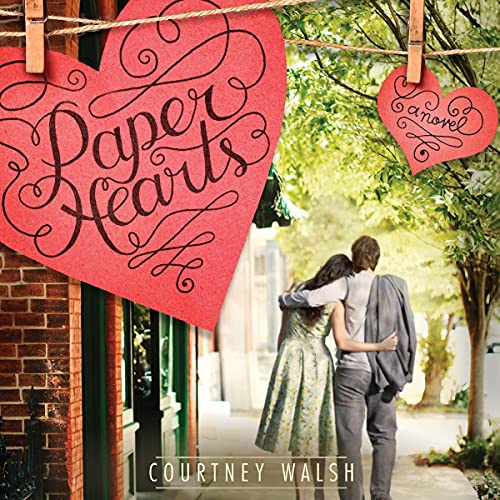 By: Courtney Walsh
Narrated by: Andy Garcia-Ruse
Try for $0.00

Abigail Pressman would never have guessed that love notes penned on paper hearts by an anonymous couple could restore her belief in love. As a business owner in a quaint town at the base of the Rockies, she’s poured everything into dreams of expansion...and resisting the matchmaking efforts of the Valentine Volunteers, who gather in her store to continue Loves Park’s tradition of stamping mail with the city’s romantic postmark.

When Abigail is unwillingly drafted into the Volunteers, she encounters the paper hearts, a distraction that couldn’t come at a worse time. A hard-to-read doctor has become Abigail’s new landlord, and he’s threatening to end her lease to expand his practice.

As she fights a growing attraction to this handsome man crushing her dreams, Abigail is inspired to string the hearts in her store, sparking a citywide infatuation with the artsy trend. But when a new batch of hearts reaches the Volunteers, it appears something tragic has happened to the couple. Will uncovering their story confirm Abigail’s doubts about love, or could it rescue her dreams...and her heart?

What listeners say about Paper Hearts