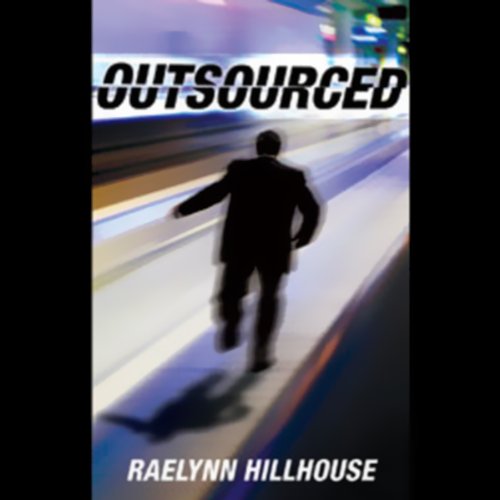 Intelligence, espionage, and even war have been transformed by the War on Terror. With the CIA on the ropes and the armed forces stretched thin, the United States and its allies have turned to private organizations for vital inside information.

Camille Black's Black Management is one of those private military corporations. She is approached by the CIA for an extremely important mission: to track down and eliminate a man accused of selling arms to terrorist cells throughout the Middle East. But her quarry is her ex-fiancé, Hunter Smith. Battling her old feelings, but fueled by his disloyalty both to her and to his country, Camille sets off into the shadows of the War on Terror to find him. Her hunt takes her far beyond the front lines, and the further she goes, the more the lines between good and evil begin to blur - and the more unsure she is about whom to trust.

"Hillhouse's gripping debut, a cold war thriller, has so many unexpected pleasures that its flaws barely register." ( Publishers Weekly)

When I 1st read this book, I found the story line not plausible, but still entertaining. Since then, I've talked to friends in the Iraq war and kept better track of news reports. The fiction in this book has tracked recent events more closely than one might hope....

I didn't get far with this one. The narrator had such a nasal voice that I had to get it off my iPod. I have a lot of audible titles but this is one of the few that was a waste of a credit.

Fiction Not a Stranger to Truth

The story makes important points about the possibilities of our over reliance on outsourcing to carry out national policy. Feudalism cannot be far behind. We need to reexam our insane rush to privatization.

tried to persevere but couldn't get through it

I wasn't expecting much from this, just hoping that it would be engaging enough to keep me from resorting to the "zany" morning DJs on corporate FM radio. By the halfway point the ridiculous romance between the mercenary main characters, the ponderous dialogue, and the grating narrator almost made me switch over to 105.9 to suffer through Howie and Jennifer yapping about Britney, Atkins diets and other pop culture drivel.

Hillhouse's heroine, the daughter of some bad-ass Marine, is a paramilitary dynamo who, by the age of 30 has had a exemplary career in the CIA then gone on to create a wildly successful multi-million dollar private military company. Paradoxically she handles her personal relationships like a fickle junior high kid - one minute planning to kill the object of her affection and the next pining for the love they shared over extreme paint-ball duels.

The supporting cast are all cheap knock-offs of the usual "pros" that appear in these kind of books - all crack "operators" supremely physically fit, able to handle all forms of exotic weapons, fly helicopters at convenient moments, etc. Oh yeah, and every one of them wears Royal Robbins 511s and this is so important that we must be told dozens of times.

In between each chapter excerpts from news articles imply that over reliance on private military companies is rampant and dangerous. I made it from the halfway point of the book almost to the end (stopped listening during the dramatic final "op") thinking that maybe there was actually some cleverness here. Could it be Hillhouse intended to be critical of contractors in Iraq by telling us a story deliberately full of inane embarrassing characters gallivanting around Iraq armed to the teeth, killing suspected "tangos" with impunity, racking up huge expenses on the tax-payer dime all the while playing out a Danielle Steele romance? Nah, turns out its just not very good.

NOT on target, horrible

This book is horrible. The narrator is bad but the story is worse. Every chapter has little tiny one sided sound bites from various rags bemoaning contractors, Halliburton et. al. The premise is bizzare and ridiculous. If I hear the word "tango(s)" one more time I'll pop. Re: previous review, I couldn't disagree more.