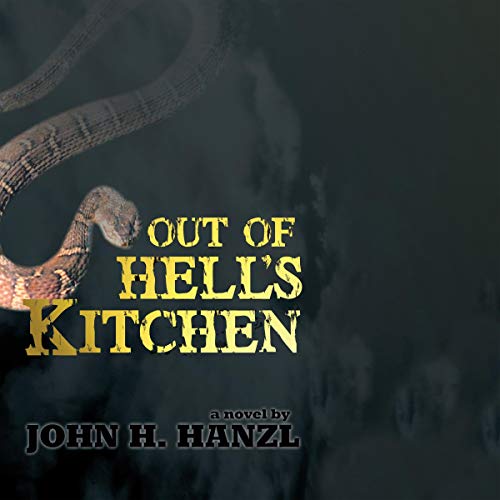 Out of Hell's Kitchen

By: John Hanzl
Narrated by: Philip Battley
Try for $0.00

You don't know what hell is until you try to get out of it....

Luke Hawthorn's world is crumbling around him. After his mother, an NCIS (National Criminal Intelligence Service) operative is killed in a mysterious house fire, he learns that she was investigating a new designer drug linked to the death of some 200 London club-goers. Among the victims: One of Luke's closest friends.

So when an enigmatic uncle appears at the funeral and offers Luke a home in New York, he jumps at the opportunity to leave his old life behind. But he soon finds that despite the vast ocean separating Hell's Kitchen from London, his worlds are destined to collide.

What really killed Luke's mother? Why is a Russian submarine docked in New York? Who created the designer drug known as Rave-N? Get Out of Hell's Kitchen and find out for yourself.

The Bottom Line: An engrossing, atmospheric organized crime thriller that crackles with energy from the first page to the very last. Highly recommended.

Author John Hanzl has created a highly successful crime thriller that works on multiple levels. In particular, his gift for authentic dialogue - across Russian, English, Irish, and Honduran characters, no less - is exceedingly good. As a result, each successive chapter is an immersive experience in which Luke navigates new cultures and mysteries to find the truth that can save not only himself, but countless others as well.

In Luke's Uncle, Hanzl has drawn an imposing, complex figurehead that manages to intimidate, even in his most charitable moments. As in Dennis Lehane's best work, Hanzl manages to keep you guessing about the uncle's true intentions until the last possible moment.

”John Hanzl's writing style and story are similar in some ways to Robert Ludlum's earlier novels, a definite plus. John has an exciting style which draws you in and keeps you turning the pages” (Kaye Trout, Midwest Book Review)

What listeners say about Out of Hell's Kitchen

The wit in this book is dead as a doornail, the plot hackneyed as a Holmes and Watson taxi cab. The technological information is a rotary phone, while the plucky protagonists couldn’t play Twinkle Twinkle.