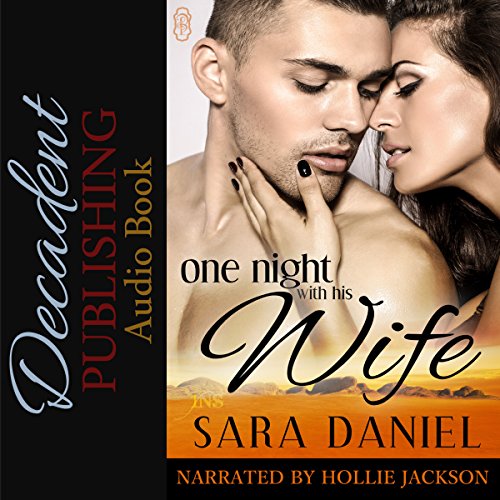 One Night with His Wife: 1Night Stand

One Night with His Wife: 1Night Stand

After a grenade takes Marine Luke Cox's leg and ends his career, he cuts ties with his wife to free her from the burden he's become. On the day his divorce is to be finalized, he travels to meet a woman for a one night stand date - a woman who doesn't care about his missing leg or his sudden wealth from a business venture. However, things don't go as planned, and when he arrives for his date, he's still legally married.

Rosalind Cox tends to the horses on her cousin's ranch resort, her love for the animals the only thing keeping her going since her husband turned his back on her. When he appears at her stables, all the longing and rising hope is crushed by the realization he's only sought her out to gain his freedom.

She'll give him what he wants, but she can't resist taking one last kiss for herself. The kiss reopens emotions and attraction that neither can deny. To give in will only complicate the tangle as they try to unwind their lives. But even though Rosalind doesn't care about Luke's missing leg or his money, as long as he refuses to accept himself as whole, one night with his wife will be his last.