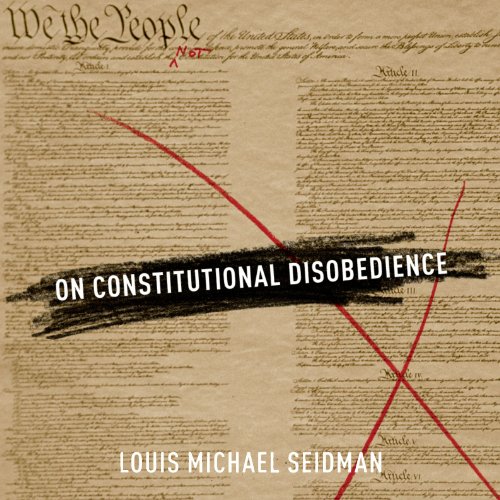 What would the Framers of the Constitution make of multinational corporations? Nuclear weapons? Gay marriage? They led a preindustrial country, much of it dependent on slave labor, huddled on the Atlantic seaboard. The Founders saw society as essentially hierarchical, led naturally by landed gentry like themselves. Yet we still obey their commands, two centuries and one civil war later. According to Louis Michael Seidman, it's time to stop.

In On Constitutional Disobedience, Seidman argues that, in order to bring our basic law up to date, it needs benign neglect. This is a highly controversial assertion. The doctrine of "original intent" may be found on the far right, but the entire political spectrum - left and right - shares a deep reverence for the Constitution. And yet, Seidman reminds us, disobedience is the original intent of the Constitution. The Philadelphia convention had gathered to amend the Articles of Confederation, not toss them out and start afresh. The "living Constitution" school tries to bridge the gap between the framers and ourselves by reinterpreting the text in light of modern society's demands. But this attempt is doomed, Seidman argues.

One might stretch "due process of law" to protect an act of same-sex sodomy, yet a loyal-but-contemporary reading cannot erase the fact that the Constitution allows a candidate who lost the popular election to be seated as president. And that is only one of the gross violations of popular will enshrined in the document. Seidman systematically addresses and refutes the arguments in favor of Constitutional fealty, proposing instead that it be treated as inspiration, not a set of commands. The Constitution is, at its best, a piece of poetry to liberty and self-government. If we treat it as such, the author argues, we will make better progress in achieving both.