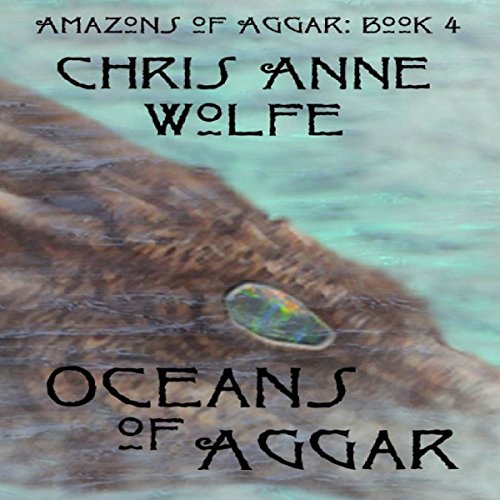 A mighty Amazon of the sea who has lost her way. A Blue Sight fleeing for her life, focused on a single, deadly mission.

The face of Aggar has become nearly unrecognizable. The people have traded their free will for peace, bowing down to the Choir, a mysterious, faceless force in the dreamscape. The Choir's songs sweep across the land, controlling the minds of the people. Controlling everyone but the Amazons - who have taken to the ocean, protected from the songs by the winds over the sea.

Gender, race, religion, and conflict have become things of the past, but there is a darkness under the utopian veneer. Aggar beckons for new heroes. A secret as old as Aggar herself must be uncovered.

Nix the Amazon captain. Reve the agent of chaos. They are the last of Aggar's chosen guardians. The only two with the will to challenge the Choir's rule and risk sacrificing Aggar's peace to regain their freedom. Together they will discover Aggar's dark origins and change their world forever...and their adventures will conclude the Amazon cycle that began with Shadow of Aggar and continued with Fires of Aggar and Sands of Aggar.

What listeners say about Oceans of Aggar

I'm still amazed at this story and continue to be enthralled by the characters and their journeys! I look forward to hearing more!!

Such an awesome series!

If you are considering them- go for it! The story will stay with me and I wish there were more books in the Amazons series.