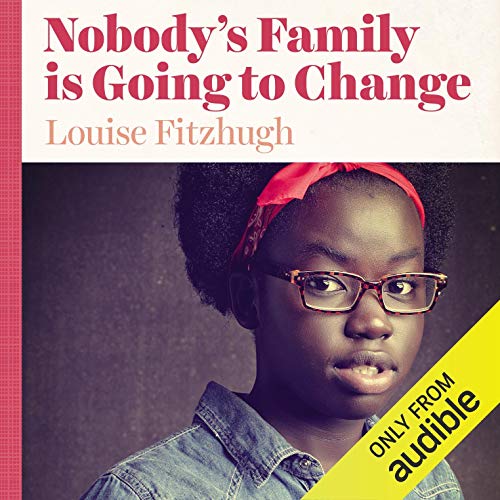 Nobody's Family Is Going to Change

Nobody's Family Is Going to Change

In the world of children's literature, Louise Fitzhugh's Harriet the Spy and The Long Secret are widely recognized as epoch-making. They have been received by young learners, year after year, with excitement and love.

Nobody's Family Is Going to Change - the story of an African American family in New York in the 1970s - shares the vigorous sense of comedy and unflinching fidelity to the real world that has made Fitzhugh's other books into classics.

Who Can You Control?

Louise Fitzhugh was adept at taking the viewpoint of protagonists of any age. Harriet in Harriet the Spy has made developmental leaps by the time of The Long Secret, but those leaps are shown in the narration, not written about. Here too, Emma is appropriately rude skeptical, and righteous while the grown ups are failing her.

Period-specific language and biases, can be jarring, especially as they come up in the first few minutes, BUT this story has evergreen dilemmas and lessons for both young people and anyone: Who can you change? What if your goals clash with your parents' -- or even societal -- wishes?

Beyond lessons, Emma as a character feels so real, it's sheer fun to follow her secret plans for world domination. She's a heroine for right now. As she tells her mother, 'I can and I will ... I can decide my whole life.'