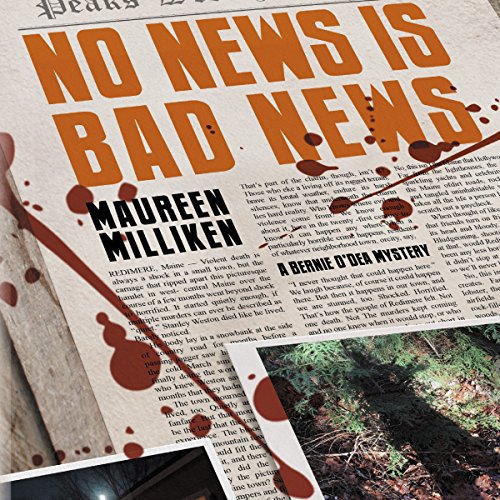 No News Is Bad News

By: Maureen Milliken
Narrated by: Trudi Knoedler
Try for $0.00

A grisly discovery in the woods of Redimere, Maine resurrects Police Chief Pete Novotny's old case of a missing boy - just one of the ghosts that haunts the town in the second of the Bernie O'Dea mystery series. As Pete struggles with demons both old and new, newspaper editor Bernadette "Bernie" O'Dea's life is complicated by the sudden appearance of her brother, who has secrets of his own. Everyone in Redimere was hoping things would quiet down after the tragic summer of Cold Hard News, the first in the series, but as late fall fades into winter, Bernie, Pete and the town are once again pulled into a deadly web of deceit and terror.

What listeners say about No News Is Bad News

Everybody has baggage to complicate their lives!

Trudi Knoedler brought the characters to life with her narrating.

No News Is Bad News is a well written and complex mystery. The characters are fully fleshed out and realistic. The story moves at a quick pace and keeps the listener interested. Maureen Milliken is an imaginative and brilliant writer. Trudi Knoedler helps to bring the book alive. She adds drama appropriately and allows the listener to feel the vulnerabilities of the characters. I really enjoyed this book and look forward to the next book in this series.

I was given this book for free in exchange for an unbiased review.