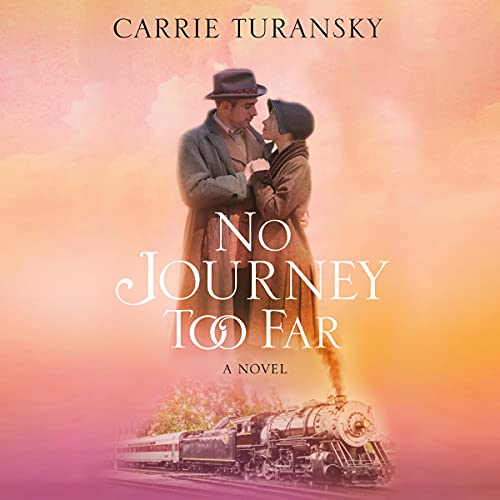 No Journey Too Far

By: Carrie Turansky
Narrated by: Colleen Prendergast
Try for $0.00

In 1909, Grace McAlister set sail for Canada as one of the thousands of British Home Children taken from their families and their homeland. Although she’s fortunate enough to be adopted by wealthy parents, the secrets of her past are kept hidden for 10 years until someone from her long-buried childhood arrives on her doorstep. With this new connection to her birth family, will she be brave enough to leave her sheltered life in Toronto and uncover the truth?

After enduring hardship as an indentured British Home Child, Garth McAlister left Canada to serve in World War I. His sweetheart, Emma Lafferty, promised to wait for his return, but after three long years apart, her letters suddenly stopped. When Garth arrives home from the war to unexpected news, he is determined to return to Canada once more on a daunting mission to find the two women he refuses to abandon: his long-lost sister and his mysteriously missing sweetheart.

What listeners say about No Journey Too Far

Wonderful audiobook. I've enjoyed other books by Carrie Turansky and this story was another pleasure to read. I enjoyed that I could stop the audio and pick up the book again a little later and get right back into the story. It's not a light read it's more that the author writes the story is a smooth and flowing manner that pulls you right back in. Highly recommend.

Sorry this series ended at only 2 books. The characters were intriguing with an interesting storyline. Several times when there was sorry or doubt, Jesus was called on for assistance but also for acceptance. Reminded me of how I should live my own life. It seems like too many characters in this story to end at 2 books.

I would describe this as a pleasant story. The plot is good, but I would’ve I liked the author to develop the drama and emotions more. It was nice, but a bit flat. It was disappointing that she skipped so far ahead in the story. There could’ve been an entire book in between the first one and this. For instance, what happened with the investigation and reporting the terrible circumstances that many British home children endured. What laws were changed? Where was the dramatic reporting and horror of the findings of the investigation? Who was held accountable?

The narrator does a good job with acting, characters’ voices, and accents, although her Canadian characters seem to have the voice inflections of the British, which made it sound a bit less than genuine.

Overall I found it worth listening to.

I enjoyed listening to the first story in the series about British home children who came to Canada. This sequel flowed nicely from the first story. There was plenty of sweet romance, difficult struggles, and lessons in faith. The narration was great.

I’m not sure if it was the writer’s fault or the reader’s fault, but I found myself rewinding 30 seconds often. One moment the story was on a character and in the very next moment with no pause or separation the story was onto a new character. I felt it lacked suspense, but I still enjoyed story.