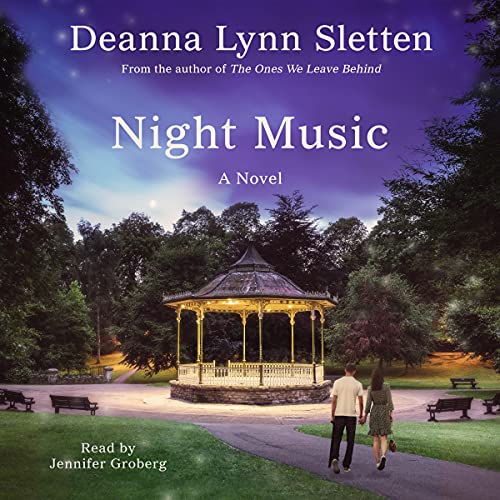 By: Deanna Lynn Sletten
Narrated by: Jennifer Groberg
Try for $0.00

Charlotte Parsons is devastated over losing her brother in the Vietnam War. Desperate to learn more about the war, she joins a group of college women who send letters to soldiers and befriends Joseph Russo, a young soldier. But a few months after they begin corresponding, his letters stop coming, and Char moves on, still confused as to why so many young lives are being lost so far away from home.

Two years later, Char begins college in her small Illinois town of Grand Falls. She’s been dating her brother’s long-time best friend, Deke Masterson, who is a senior in college and is deep into the anti-war movement. Char is still confused over how she feels about the war. Then, a stranger comes to town and changes everything.

Joseph Russo served in the Vietnam War, earning a Purple Heart for his injury as well as a life-long limp. He’s ready to put the war behind him. While in Vietnam, he’d corresponded with a girl from Grand Falls, and he enjoyed reading about her idyllic life. When he’s discharged, he moves there to attend college. And when he meets Charlotte in person, he’s taken with her sweetness, intelligence, and beauty.

The battle lines are drawn as Deke resents Joe’s presence around Char. What started out as a well-deserved escape to a small town for Joe soon turns into a battle of wills between him and the idealistic Deke. And there stands Charlotte, right in the middle.

Night Music is a story about a moment in time when the world was chaotic and nothing was completely clear. In the midst of all the chaos, Char and Joe try to find enough middle ground to fall in love.

What listeners say about Night Music

This was a sweet romance with an interesting look into the Vietnam War! Narration was great and I highly recommend this book! I received a free copy of this book from the publisher and/or author and/or narrator in exchange for an honest review.

A sweet romance and an intimate look at the Vietnam era

Night Music is a sweet romance and an intimate look at the Vietnam Era. The story is very good, although at times the pace was a bit meandering. I particularity appreciated how the story seemed to take an unprejudiced look at the events and the people of the time.

The narrator of the audiobook does a good job with bringing the book to life.

Night Music is a heartfelt coming of age story set during the Vietnam War time period. There are so many WW2 novels. Reading a women's historical fiction book that takes place during another war was a refreshing change.

Joe is a Vietnam vet who takes a chance on happiness, thinking he has nothing left to lose. Charlotte is the small town girl who wrote to him while he was on the battlefield. Their story will have you laughing, crying, and sometimes, on the edge of your seat. It's an enjoyable read that's a mix of family life, history, and romance. Highly recommend.