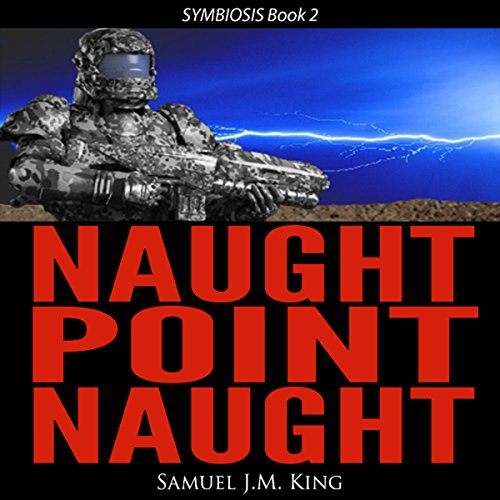 Sergeant Mike Richardson loves to fight - or so he thinks. He's at home in the Symbiont Safety Patrol. An underground railroad of sorts, the organization rescues sentient non-humans - his people - from abusive human owners. He loves the action; the "cause" is secondary until a routine rescue mission turns deadly. Almost overnight rescue teams become combat units, and he is swept up in a brutal war with a government that sees him as a terrorist.

Naught Point Naught is his story - the story of an AI soldier forged in the crucible of war who finds love, God…and himself.