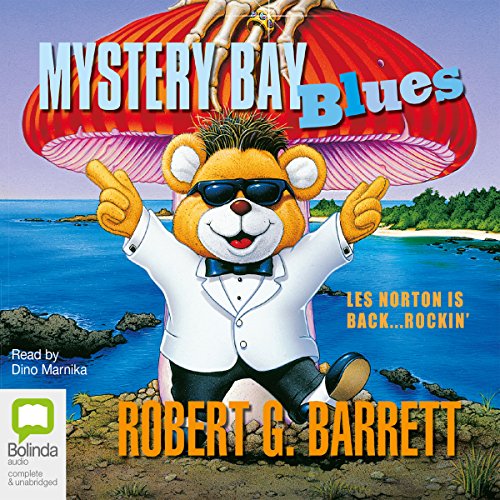 Australia's favourite larrikin is back - Les Norton is on the road, and rockin'...

Just when everything was going so good, Les slips a disc in his back. He can't run, he can't train. He can't do anything much. But he can still drive his car. So it's down to Narooma for the South Coast Blues Festival and a bit of R&R: 30 bands and three days and nights of non-stop rock 'n' roll. Which would have been great, only Les has to have a slight altercation with four fishermen on his first night in town. Now the toughest, meanest, most horrible bloke on the south coast is after his blood.

Then Les meets Amazing Grace. Add some magic mushrooms, a dancing bear and Jerry Lee Rat. It all makes for an interesting time at the Blues Festival.

Les Norton is back to his old tricks. Not as many "scrapes" as he usually has been you still have to love Les Norton. The hitman with heart!!

it was a little hard to get into, as it appears I've read the books out of order... but after a few chapters it kicked off nicely.
Les, as always, is a barrel of laughs to follow. Robert mate, you must have had some trip to come up with some of the things in this book... The creativity alone was mind blowing, but mate, that fight scene... You've out done yourself.