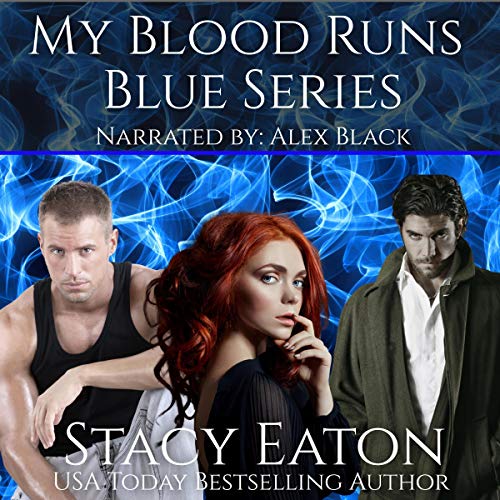 Ofc. Kristin Greene has always felt that something was missing from her life. Although her job with the Fawn Hollow Township Police Department keeps her busy, she still feels like there is something else out there for her.

She soon finds herself investigating a homicide where a young woman has had her throat ripped out. As she begins to dig for the answers, she finds herself thrown into a world she didn’t know ever existed.

When the two strong and silent men walk into her life, she finds herself being pulled into a love triangle that has been going on longer than she has been alive. Who are they, and why do they keep calling her Calista? Join Kristin as she fights to learn the truth about the recent murder, the two seductive men who have entered into her life, and the real truth about herself.

In book one, you were introduced to Kristin, Julian, and Alexander, and you also learned a little about Calista.

Take a trip back in time to learn more about the decisions that Calista made in her choice between Julian and Alexander. Learn about her relationship with Julian, and why you choose Alexander at the end of My Blood Runs Blue. You’ll also learn the way she caused her untimely death.

When Alex goes missing, Kristin finds she finally has to reveal the secrets of her life to her friends. Will they be able to stand beside her after they learn all that she has hidden from them?

Julian and Gabe stand beside her faithfully as they try to locate Alex. They are surprised to find Trent already in Fawn Hollow, but know that Trent may be the only one to do what Alex has asked them to do. As one more choice is taken away from Kristin, she attempts to make the best of it, but finds herself drawn to Trent in a way Julian and Alexander could never compare to.

Trent goes to work with Kristin to keep her safe, but will he be able to handle all that her police world entails? Can he handle the side of her that she reveals, the one that Alex and Julian know nothing about? When Kristin and Trent uncover the connection between her job and the kidnapping, they are finally able to put the pieces together, but can they get to Alex fast enough? Will Kristin be able to handle rescuing Alex and all that she learns in the process?

Now the entire breed’s existence is in danger.

Olivia Newman has been Kristin’s best friend for years and loves the new life that Kristin is living. Her relationship with Gabriel is bittersweet, and she knows that because she is human, a future between them can never really last.

Gabriel Montgomery takes his position in the Vampire Military Force seriously and never expected to have such intense feelings for a human woman. When Olivia is kidnapped, Gabe, Kristin, and the gang realize they have stumbled upon a human trafficking ring. Only this ring isn’t for sex. The leaders of this ring are hell-bent on destroying the breed.

Can they rescue Olivia and save their future before old enemies return and destroy the breed?

Julian Hutchinson walked away from it all: his job, his friends, and her. As Julian drives out west, he randomly stops at a roadside tavern and runs into some people from his past.

Lyssa Lakin helps her father around the tavern as she raises her 15-year-old daughter, Lorna. When Julian walks into the bar, Lyssa’s past crush on him hits full force, but even she can tell that he is far from ready to be involved with anyone.

What listeners say about My Blood Runs Blue Series

These are my very first vampire books! (I have never seen any of the Vampire Diaries or similar series on TV). I was a little skeptical, as I'm not into blood & gore, but I am so glad I took a chance on this set.

The author has created a fascinating vampire world with her unique elements and throws in a mixture of action, mystery, suspense, sex, romance, kidnapping, betrayal, and vampires all wrapped up! Alex Black did a great job narrating and made it possible to feel the emotions as if you were right in the room with the characters. Great job! I like that the series leaves off with the possibility of continuing or of having a spin off series afterwards.

This book was a pleasure to listen to and I would like to thank the author, narrator, or publisher for providing me this audiobook at no cost in exchange for my unbiased review & I look forward to listening to more books by both the narrator & the author.