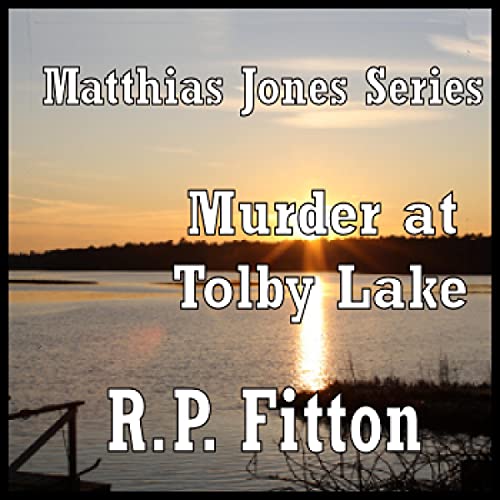 His father was an investigator who was murdered. Matthias Jones became an athlete and coach, but he solved his father's murder. Hamilton College on the coast of New Hampshire hired him to coach sports, but getting into murder investigations remains his passion. He knows the cops and the district attorney, Herbert Lane, hate his guts. He's best buds with Cocoa Stefani, a major underworld character and a good friend of parish priest Father Jim Gallagher. Jones' persistence gains him the upper hand over the cops and the DA - and the murderer.

In Murder at Tolby Lake, Brad Davis is a brilliant genetic researcher working for Hamilton Fletcher and Hamilton College. But Davis' wild life of parties, booze, drugs, and sex make him many enemies. When he is murdered, a Hamilton College student, Amy Pollard, is found with her personally owned handgun - the gun that killed Brad Davis. Just that afternoon Davis bloodied his benefactor Hamilton Fletcher's nose. Lurking in the background is Davis' mob connection to Albert Fiore in Boston. A Hamilton College professor, Zoey Wilmont, is suspiciously surveying the lake house area. The Fletchers reach out to Matthias Jones to protect the college's interests and find the murderer. Jones ends up with his nefarious friend, Cocoa Stefani in Boston, and eventually confronts the murderer directly.

What listeners say about Murder at Tolby Lake