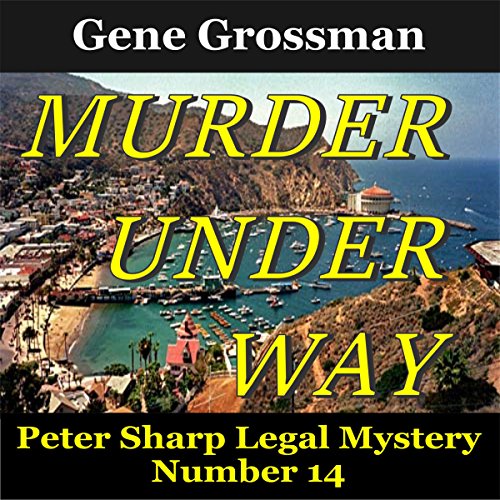 More than half way back from Catalina Island on his boat, a man makes a ship-to-shore S.O.S. radio call to the Marina del Rey Coast Guard, but before he can describe his emergency, a gun is heard being fired on his boat and the transmission ends. When a crew lowered from the Coast Guard helicopter board his boat and find his body, there is no other person on the boat... and no way that any other person could have boarded his boat going 30 miles an hour, and gotten away from the speeding boat.

Attorney Peter Sharp's ex-wife (the recently-elected District Attorney) reluctantly asks Peter and his 13-year-old genius legal ward Suzi to assist them in determining if this was suicide or murder... and if murder, how it was accomplished.

This is one of the most baffling cases that Peter and Suzi have ever tackled, and the final answer surprises everyone involved. Author Gene Grossman hasn't created a stumper like this since his adventure #7, the Magician's Legacy, because in many ways this story also contains the elements of a successful "locked-room" mystery. The listeners are invited to match wits with Suzi, to see if they can solve the mystery before she does.

What listeners say about Murder Under Way