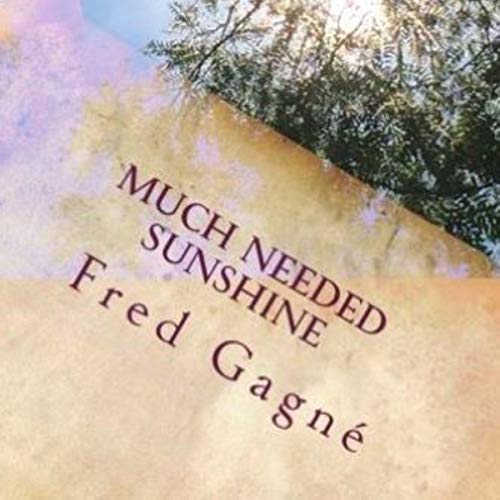 Sixteen-year-old Danya Leigh Golde has a life most girls would long for. Her father is a successful stockbroker who lavishes her with anything she desires. She attends a prestigious private school and has a close-knit circle of dependable friends.

When her father is arrested and sent to prison, her good life comes crashing down. It does not take long for Danya to believe the only one she can depend on is herself. When she sets out to live on her own on the streets of Boston, an unlikely friendship develops that, quite literally, saves her life.

An elderly homeless woman who has survived for years on the streets takes her under her wing and teaches "Sunshine" (her street name) how to survive. This audiobook chronicles the lives of several women who have taken every blow life could give them and survived with grace, determination, and most importantly, independence.

What listeners say about Much Needed Sunshine

I really enjoyed it! The narration was great and kept me entertained! The author did a great job with the character builds and plot. I look forward to reading more books from this author! I was given this free review copy audiobook at my request and have voluntarily left this review.

I was surprised to find such a wonderful story as I am not familiar with Fred Gagne’s writing. This story definitely moved me and the narration by Beth Connor was spot on. I highly recommend this book!

Where do I start? Predictable story & poor narration

I was given this free review copy audiobook at my request and have voluntarily left this review. All opinions are my own.

Wow, where to start? The story is unbelievable and un-relatable. The bad things are oversized, the goodness and charity of the main character is also oversized. And the perfect ending was altogether too perfect. The story is predicable and sappy.
The narrator is awful! She has a bit of that Boston with certain characters which is fine but my goddess, the mispronunciations were absolutely appalling! How do you manage to mispronounce “tryst” ??? She stumbled and mispronounced her way through the book.
The one thing I will credit in this story is that the humanising of homeless folks and telling that street living comes from a wide range of reasons. That part was good & I think might have been the point of the story. However, life is rarely as tidy and wealthy as in the end as this story.

Danya Golde, is a rich teenager whose lifestyle changes drastically when her father is sent to jail for fraud and all funds are frozen.. She leaves an abusive uncaring step mother and lives on the streets. A bag lady befriends her and teaches her the tricks of living with nothing to her name.. This story examines family dynamics and the lives of the homeless. I loved every minute of the listen. I was given this free review copy audiobook at my request and have voluntarily left this review.

Great narrator.Makes you look at the homeless in a different light.Wish there was a sequel

This was a heartwarming story with a happy ending. It was fun to listen to Meme, the voice cracked me up. There was a uniqueness to her "Teacher archetype" I really enjoyed. I initially pegged this as a coming of age story, but there is something for everyone.

Insightful look into life on the street

The story shows how easy it is to to experience life changing events. Whatever does happen you can still not let the bad experiences run you life. Always treat others with respect because you don’t always know their life experience. However be weary of the dangers .