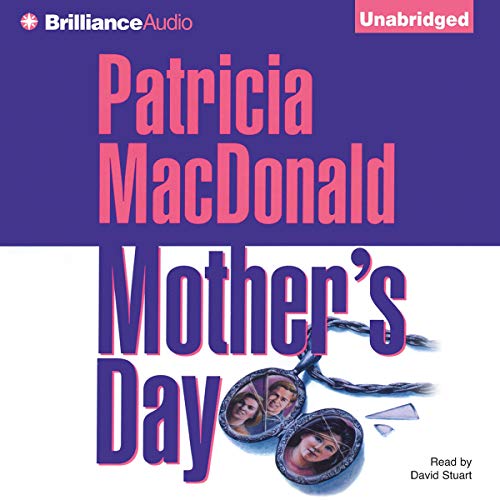 By: Patricia MacDonald
Narrated by: David Stuart
Try for $0.00

Sweethearts since high school, Karen and Greg Newhall have lived in Bayland, Massachusetts, all their lives. They trust each other. They know their neighbors. Bayland had been the perfect place to raise their adopted daughter, Jenny.

Then a young girl is found dead in the nearby woods, and everything changes. Thirteen-year-old Jenny fails to appear for the family's traditional Mother's Day lunch; Karen is frantic. And when Jenny's birth mother suddenly appears on their doorstep, both Karen and Greg are outraged. Jenny rushed to embrace the stranger and the peaceful world of the Newhalls starts to shatter, revealing cruel secrets that make Greg a prime suspect in a brutal murder...bitter secrets that make Karen doubt she knows the people closest to her...and dangerous secrets that make every member of the Newhall family the hunted prey of a ruthless killer.

What listeners say about Mother's Day