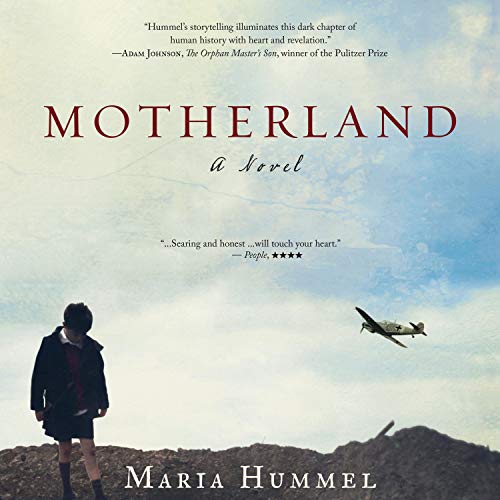 By: Maria Hummel
Narrated by: Christa Lewis
Try for $0.00

Inspired by the stories told by her father about his German childhood and letters between her grandparents that were hidden in an attic wall for 50 years, Motherland is a novel that attempts to reckon with the paradox of the author's father - a product of her grandparents' fiercely protective love - and their status as passive Nazi-sympathizers known as Mitläufer.

At the center of Motherland lies the Kappus family: Frank is a reconstructive surgeon who lost his beloved wife in childbirth. Two months later, just before being drafted into medical military service, Frank marries a young woman charged with looking after the surviving baby and his two grieving sons. Alone in the house, Liesl attempts to keep the children fed with dwindling food supplies, safe from the constant Allied air attacks and the tides of desperate refugees flooding their town. When one child begins to mentally unravel, Liesl must discover the source of the boy's infirmity or lose him forever to Hadamar, the infamous hospital for "unfit" children.

Bearing witness to the shame and courage of Third Reich families during the devastating final days of the war, each family member's fateful choice leads the listener deeper into questions of complicity and innocence, and to the novel's heartbreaking and unforgettable conclusion.

What listeners say about Motherland