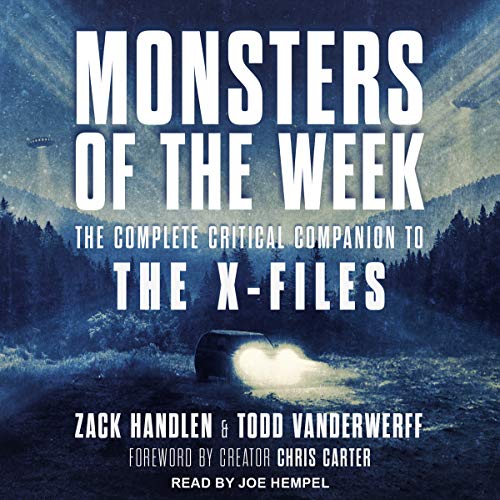 Monsters of the Week

In 1993, Fox debuted a strange new television show called The X-Files. Little did anyone suspect that the series would become one of the network's biggest hits - and change the landscape of television in the process.

Now, on the occasion of the show's 25th anniversary, TV critics Zack Handlen and Todd VanDerWerff unpack exactly what made this haunting show so groundbreaking. Witty and insightful reviews of every episode of the series, revised and updated from the authors' popular A.V. Club recaps, leave no mystery unsolved and no monster unexplained. This crucial collection even includes exclusive interviews with some of the stars and screenwriters, as well as an original foreword by X-Files creator and showrunner Chris Carter.

This complete critical companion is the definitive guide to the The X-Files whether you're a lifelong viewer wanting to relive memories of watching the show when it first aired or a new fan uncovering the conspiracy for the first time.

What listeners say about Monsters of the Week

"Here's what's crappy about this episode....." and the list goes on and on. That's what it feels like listening to this one.

I thought it was a story book but it is just people talking about the series. Waste of a credit