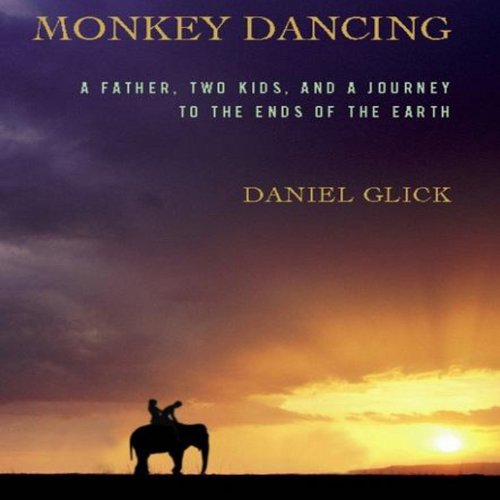 A Father, Two Kids, and a Journey to the Ends of the Earth
By: Daniel Glick
Narrated by: Paul Boehmer
Length: 12 hrs and 35 mins
Categories: Relationships, Parenting & Personal Development, Parenting & Families
3.9 out of 5 stars 3.9 (9 ratings)

By: Daniel Glick
Narrated by: Paul Boehmer
Free with a 30-day trial

A suddenly single father - and nationally known environmental reporter - takes his children on a world tour of some of the world's rare and endangered life forms while reckoning with loss, change, and the challenges of parenting in this frank, funny, moving memoir.

After the death of his brother and the sudden end of his marriage, and after his ex-wife moved to another state leaving him alone with their two young children, Dan Glick embarked on single fatherhood in an unusual way: he took his kids on a journey around the world. The idea was to go see some of the world's rare life forms before they disappeared from the planet, and to do it before the kids themselves would grow up and chart their own paths.

In the summer of 2001 Dan, Zoe, and Kolya took off from Colorado for a six-month journey on which they would see the Great Barrier Reef in Australia, the orangutans of Borneo, Javan Rhinos in Vietnam, the tigers of Nepal, and more. Meeting countless challenges - emotional, logistical and physical - the threesome shared experiences they could not have imagined and would not soon forget. Glick weaves accounts of their encounters with the natural world - and each other - with intimate reflections on his own reckoning with loss, change, and fatherhood, illuminating the commonalities between our relationships with each other, and our relationship with the earth we inhabit. For anyone who dreams of travelling to the world's most exotic places, for anyone already navigating that wild journey called parenting, Monkey Dancing is by turns fascinating, funny, and wise.

What listeners say about Monkey Dancing