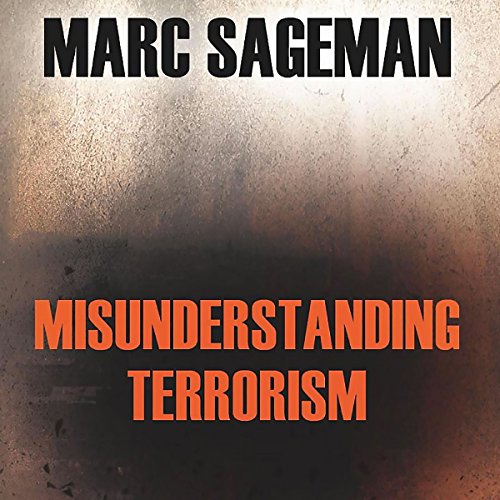 By: Marc Sageman
Narrated by: Flip Crummer
Try for $0.00

Misunderstanding Terrorism provides a striking reassessment of the scope and nature of the global neo-jihadi threat to the West. The post-9/11 decade experienced the emergence of new forms of political violence and new terrorist actors. More recently, Marc Sageman's understanding of how and why people have adopted fundamentalist ideologies and terrorist methods has evolved.

Author of the classic Understanding Terror Networks, Sageman has become only more critical of the US government's approach to the problem. He argues that US society has been transformed for the worse by an extreme overreaction to a limited threat - limited, he insists, despite spectacular recent incidents, which he takes fully into account. Indeed, his discussion of just how limited the threat is marks a major contribution to the discussion and debate over the best way to a measured and much more effective response.

What listeners say about Misunderstanding Terrorism

Sageman has done more research on the subject matter than most so I don't doubt his facts. And there are advantages to his rigidly scientific approach - i.e. it eliminates a lot of the fear mongering and overreaction that affects a lot of political discourse on terrorism - but he also ignores a lot of the intangibles inherent in counter-terrorism work and makes a case for a return to the kind of systems that allowed the 9/11 terrorists to carry out their attacks.
Large portions of this book are devoted to justifying positions taken in his previous book against attacks from other subject matter experts rather than presenting new insights, so for that reason I asked for a refund.
Also the narration is pretty shoddy - there is audible page turning at times.