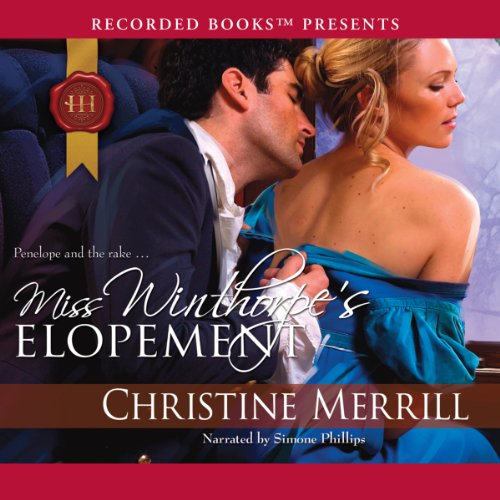 By: Christine Merrill
Narrated by: Simon Phillips
Try for $0.00

The winner of the Romance Writers of America’s Golden Heart contest for unpublished manuscripts, Christine Merrill has built a considerable fanbase for her steamy romance novels. Here, shy heiress Miss Penelope Winthorpe lives under the oppressive thumb of her bullying brother. In an attempt to escape his dour company, she accidentally weds Adam Felkirk, Duke of Bellston. Felkirk was not looking for marriage either, yet now he is intent on seducing his new bride. But the scholarly young maiden may just have some lessons of her own to teach the broad-shouldered Duke.

Saying you want one thing....

Saying you want one thing but crying when you get it makes the book not as great as it started out. It started out such a great story but ended with the whining I want him to love me type mess.

How UNFAIR! It ended!

It ended also fast it took my breath away! Other than that one devastating second of disbelief it was a very good story. Extreme opposites attract.