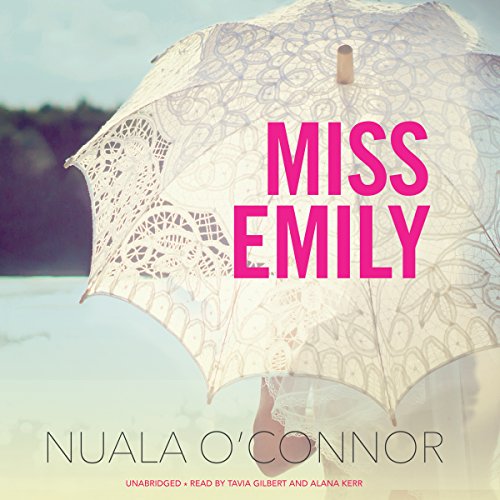 Nuala O'Connor's enchanting American debut novel, Miss Emily, reimagines the private life of Emily Dickinson through her own voice and through the eyes of her family's Irish maid.

Eighteen-year-old Ada Concannon has just been hired by the respected but eccentric Dickinson family of Amherst, Massachusetts. Despite their difference in age and the upstairs-downstairs divide, Ada strikes up a deep friendship with Miss Emily, the gifted elder daughter living a spinster's life at home. But Emily's passion for words begins to dominate her life. She will wear only white and avoids the world outside the Dickinson homestead. When Ada's safety and reputation are threatened, however, Emily must face down her own demons in order to help her friend - a task with shocking consequences.

What listeners say about Miss Emily